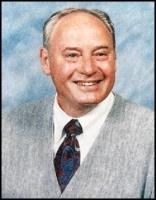 Jerrold Wright Ross died at his home in Kalama, WA, June 1, 2021. Jerrold, or Jerry as he was known to his friends and family, was born Nov. 17, 1943, to Jowell and Tommie Ross in Portland, OR. He was the oldest of the couple’s two children, being just over a year older than his sister, Cheryl.
Jerry spent the earliest years of his life in the now extinct city of Vanport, as his parents worked in Portland’s shipyards during World War II. After the war, Jerry’s family moved to Colton, OR, and then to Ladd’s Addition in Portland. Jerry went to Washington High School, where he served as editor of the high school newspaper. He was particularly proud to have had the opportunity to interview Nobel award winning scientist Linus Pauling in this role.
Jerry studied at Pacific University and eventually graduated from Portland State University. He worked as an executive for the Boy Scouts of America for 11 years. During this time, he met and married fellow Portland native Teresa Le’Nae Glenn. The two wed at St. Ignatius Church in Southeast Portland Oct. 7,1972.
Jerry and Le’Nae welcomed four children into the world. They settled down in Southwest Washington, where Jerry was deeply involved wih the Knights of Columbus, local pro-life advocacy, several Catholic Churches and many other organizations. He worked as a State Farm Insurance agent for 18 years before retiring. He and Le’Nae spent the last two decades living in Kalama.
He is survived by his wife of 48 years, Teresa Le’Nae Ross; his four children and their spouses, Jowell (Christine), Donald (Kathy), Steven (Mandy) and Sarah (Peter); sister, Cheryl; eight grandchildren; four great-grandchildren and many nieces and nephews.
A funeral Mass will be held at St. Mary of Guadalupe Catholic Church in Ridgefield, WA, June 9 at 11 a.m.
Please share a memory @ www.columbian.com/obits

To plant trees in memory, please visit our Sympathy Store.
Published by The Columbian on Jun. 6, 2021.
MEMORIAL EVENTS
Jun
9
Funeral Mass
11:00a.m.
St. Mary of Guadalupe Catholic Church
, Ridgefield, OR
MAKE A DONATION
MEMORIES & CONDOLENCES
5 Entries
Jerry, you were one of the best respect life advocates a brother in the Knights of Columbus could have. Godspeed.
Jim Toth
Friend
June 9, 2021
So sorry for your loss. May God bless you and the family.
Jacki
Family
June 7, 2021
Sorry for your loss.
Mike & D’Ann Bennett
Family
June 6, 2021
Jerry was the friendliest man I know. He could talk to a turnip and would get a reply. He genuinely cared about people, especially the unborn. He is going to be sorely missed by all who knew him. RIP, Jerry, God will guide you through this next phase.
Barbara Lauinger
Friend
June 6, 2021
In loving memory of a wonderful person. We will love you and miss you always. You were a great brother in law and we will miss you dearly. Will Miss the great campfires out camping and the positivity and humor that you always had .
Sandy Glenn and Stan Glenn
Family
June 6, 2021
Showing 1 - 5 of 5 results