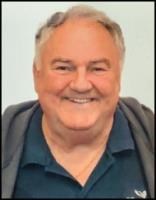 William Sherman Wright was born in Portland, OR, to Helen Rose Spindler Wright and Robert Harrison Wright Jan. 17, 1942. Bill was the middle child of three, his older brother Robert “Bob” Harrison and younger sister Margaret “Betty” Elizabeth. He grew up in Northeast Portland and graduated from Madison High School in June of 1960. He joined the U.S. Air Force on Aug. 31, 1960, and was honorably discharged on Aug. 28, 1964. During his four years in the military, he served as an air policeman in both California and Alaska. Bill joined the Portland Police Department on Sept. 30, 1964 and retired as a detective on May 5, 1994. During his time as a detective Bill received two commendation letters and medals from the department. He was an excellent interrogator and loved serving his community.
In 1973 he married Nancy and had a blended family with four children between them, Wendy Lynn, Steve, Wendy Jane, and Jeff. They were blessed with twelve grandchildren and eight great grandchildren. Bill enjoyed being with his family, playing golf and spending time outdoors. He and Nancy spent many of their retired years in their travel trailer camping and traveling the Pacific Northwest.
Bill loved his church and church family. His love of the Lord was so evident in everything he did. We will be forever grateful for the relationship he had with Pastor Ted and members of Good Shepherd Lutheran Church. Bill loved to sing, his rich baritone voice filled the church on many occasions as Nancy played the piano beside him.
We will always cherish our memories of him telling stories about his youth and his expansive career, and will miss the hearty laughs that he always worked to get out of the people he loved.
Please share a memory @ www.columbian.com/obits

Published by The Columbian on Nov. 19, 2021.
To plant trees in memory, please visit the Sympathy Store.
MEMORIAL EVENTS
To offer your sympathy during this difficult time, you can now have memorial trees planted in a National Forest in memory of your loved one.
MAKE A DONATION
MEMORIES & CONDOLENCES
1 Entry
My Heart Is With You " Nancy " , To You And Your Entire Extended Family , " GOD BE WITH . . .
Lonnie Pickerell
November 25, 2021
Showing 1 - 1 of 1 results