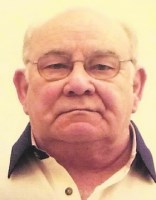 Wilbur John "Jake" Otten of Vancouver, Washington, passed away peacefully on May 7, 2016. Born September 25, 1938 in Monticello, Iowa to Gerd Otten and Elizabeth Otten (née Cooper), Jake graduated from Monticello High School before joining (and eventually retiring from) the United States Navy as a Chief Petty Officer (Cryptologic Technician).
He was an avid ham radio operator (N7WO) and an active member of the Clark County Amateur Radio Club.
Jake was preceded in death by his father, mother, and sister, Joann Heick.
He is survived by his beloved wife of 53 years, Chantal Otten; his sister, Nancy Digmann; his children, Kenneth, Daniel, Stephanie, and Patrick; twelve grandchildren; 12 great-grandchildren; nephews, nieces and cousins; his faithful dog, Bella; and numerous friends around the world.
A memorial service will be held at 10:30 a.m. on Monday, May 16th, 2016 at the Willamette National Cemetery, 11800 SE Mt. Scott Blvd., Portland, Oregon 97086.
Please sign his guest book at: www.columbian.com/obits.

Published by The Columbian on May 12, 2016.
To plant trees in memory, please visit the Sympathy Store.
MEMORIAL EVENTS
To offer your sympathy during this difficult time, you can now have memorial trees planted in a National Forest in memory of your loved one.
Funeral services provided by:
Davies Cremation
MAKE A DONATION
MEMORIES & CONDOLENCES
13 Entries
Jake was one of the first guys to welcome me aboard the USS Des Moines in January 1960. We all liked Jake for his free will and steadfast support. We could always depend on Jake standing tall no matter the situation or circumstances. That is why we considered him a shipmate and life-long friend.
Chuck Zumbaugh
May 24, 2016
Jake, I knew you for such a short while during our time in the Med and I remember a fun loving guy and the life of the party. As we celebrate you, pray for us who had the opportunity to know you.
Phil Falcone
May 22, 2016
Jake was a true steamer. Served with him in the USS Des Moines and USS Springfield. Met up with him and family again in Sidi Yahia, Morocco in 1967. Hey old shipmate, you will be missed. My prayers and sympathy to wonderful wife Chantal and family.
Kelly Bowling
May 15, 2016
Jerry, my husband, was Jake's shipmate in 1960. I met Jake while Jerry and I were engaged. Jerry asked me if I knew a nice girl who would like to go out with us and Jake. We introduced him to Chantal and the rest is history. Happy memories as we kept in touch from each side of this continent.
Affectueuses pensees Chantal to you and to the family.
May 15, 2016
Have had the privilege of Jake's friendship for 55 year. Fair winds and following seas shipmate.
Paul Ceglia
May 15, 2016
Jake was a shipmate and friend for more than 50 years. He and I served together at several stations. He will be sorely missed. Ed Brogan
May 15, 2016
I was also a shipmate of Jake's and remember him fondly as a real solid guy. We also shared several Navy regions together with he and Chantal. He will be a long living memory in our house. May the family be blessed and comforted by our Lord Jesus.
Ken and Joe Ann Collins
May 15, 2016
First met Jake in 1960 on board the USS Des Moines CA-134. He was a good shipmate and a friend for 56 years. I was fortunate to spend time with him on the final day of his life. We laughed and reminisced about the days passed. He leaves us with good memories of a life well lived. We'll miss him.
Ron O'Day
May 14, 2016
Jake, W7WO, Certainly one of the great ambassadors of Hamm radio. Nice QSO CUL 73s TU.
Bill KE7FHI
May 14, 2016
Jake was one of my first mentors. I will miss his absence for a short while but will be glad to see and learn from him when we meet again