Born Sept. 15, 1949, and raised in Vancouver, WA, Wes passed away on Nov. 24, 2019, in Portland, OR. He was a 1967 graduate of Evergreen High School.
Wes was an avid elk hunter, outdoorsman, gardener and also "Pizza King" of Lumberjack Pizza from 1982 to 1996 in Woodland, WA. Wes traded in his mitts for gloves and became commercial project supervisor for Colf Construction. He retired in 2016 after 22 years. After retirement, Wes and his wife loved taking their fifth wheel trailer to the beach to watch the sunset and feed the birds.
In the 1990s, Wes was sound engineer for his wife, Sandy Tess. In 1997, he was asked to be sound engineer for the CMAA award program in Nashville, TN. Wes also received an award for his sound engineer skills.
Wes and Sandy held a country music open mic show in Woodland for many years which gave musicians/singers a chance to play and sing to an audience monthly.
Wes is survived by his wife of 48 years, Sandy Tess; his two sons, Steven Wesley (Grahnert) of Nashville, TN, and Jeremy Grahnert (special recognition to Amber and son, Logan Carr) of Vancouver; and grandson, Joshua Fiskvik of Battle Ground, WA; and his beloved big brother, James (Jim) Grahnert; numerous nieces and nephews, and mother-in-law, Tessie Bronkhorst-Wright.
Wes is preceded in death by his daughter, Melissa (Grahnert) Fiskvik; sister, Linda Loy; parents, Fenton and Marjorie (French) Grahnert and brother-in-law, Ron Bronkhorst.
Please join us on Dec. 7, at 1, at Faith Baptist Church, 11208 NE Hazel Dell Ave., Vancouver, WA. Internment follows immediately at 2:15 p.m., at Northwood Park Cemetery, 16407 NE 15th Ave., Ridgefield, WA. A potluck/refreshment reception will follow.
Please sign his guest book @ www.columbian.com/obits 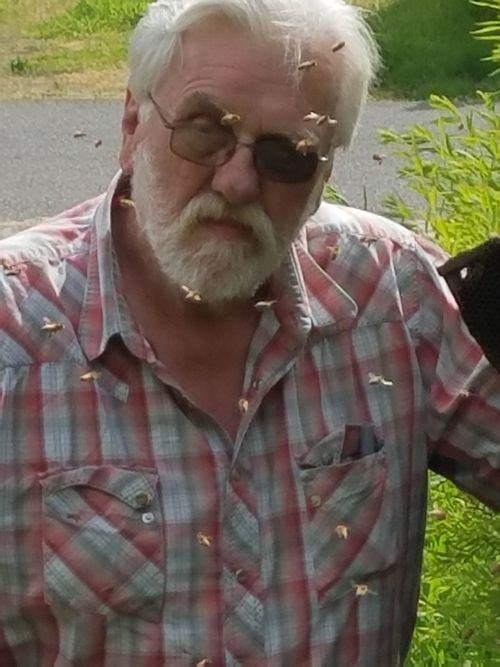 Wes was catching a swarm of bees on this day in May 2018. He was like the pied Piper, animals would come right to him.
It's been 180 days since he's been gone now.
I miss you Wes, soooo very much. ❤
Sandy
Sandy Grahnert
Spouse
May 22, 2020 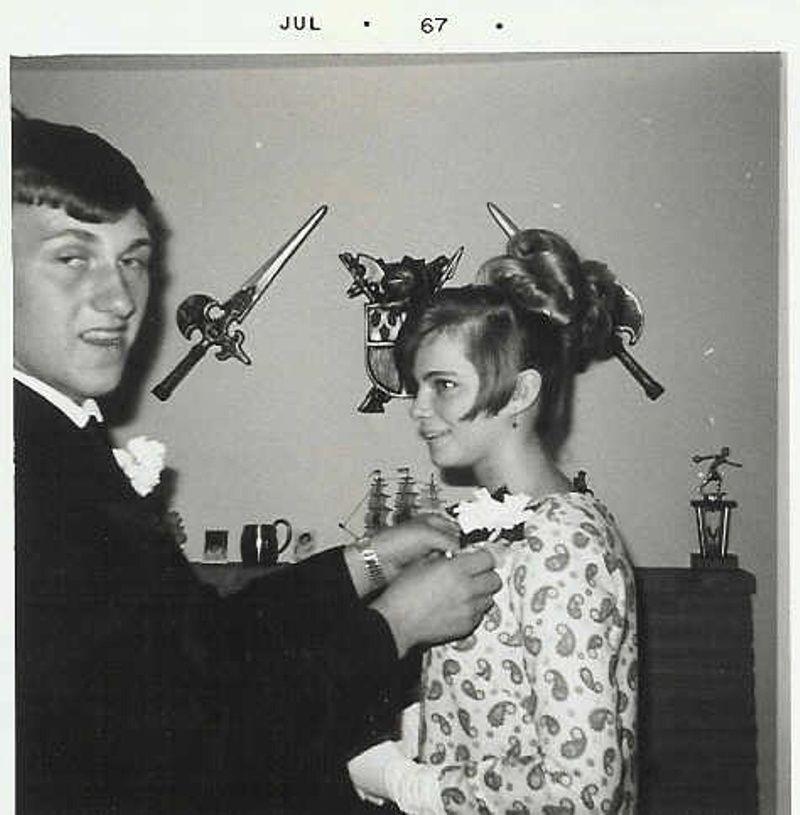 My Dear Wes, Today is day 63 without you and there are many challenges,,,,many,,,,,,,challenges but so far I've been able to conquer most of them sometimes with a little help, but I am learning.....
I miss you so much and I love you with all of my heart. Thank you for 48 wonderful years of marriage bliss and 5 years prior to our marriage for the wonderful courtship as teenagers.
You were and always will be the love of my life, my eternal soul mate and I miss you more than imaginable.
I'll see you in heaven one day and look forward to you meeting me there, until then, I'll be seeing you.
I love you and miss you so very much,
Sandy
Sandy Grahnert
Spouse
January 26, 2020
My condolences to the entire family. Wes sounded like a wonderful man. Prayers for you Sandy and family
Ms. Sam Cameron, paralegal
Acquaintance
December 11, 2019
My darling Wes, you are the highlight of my life. We had so much fun together, it was such a delight to grow old with you....but death darkened our door twice and you and Melissa just left too soon.
I dont know what the future holds now but you will always be in my heart and soul.
You are my first and only love.
Forever and a day, my love to you,
Sandy❤

Sandy Grahnert
Spouse
December 11, 2019
Jesus said .John 14 Do not be troubled.Im going to prepare a place for you.so that where ill be you will also be there.Servant of God is already there.
.
Pastor Andrew Wekesa Wafula
Friend
December 10, 2019
Wes was an amazing guy, so sorry for your loss, praying for you and the family that God would comfort and strengthen you all during this time. I send my love and prayers to you all. God's Word says this about our Spirit, "To be absent from the body is to be present with the Lord who created us."

Respectfully, Larry G. Condon
Larry G Condon
Friend
December 9, 2019
May God bless you and your family in this time of sorrow.
Annalee Hoffman-Shives
Classmate
December 9, 2019
Im so sorry for your loss sweetie, my thoughts and prayers are with you and the family, love you.
Tory Stubbs
Family
December 9, 2019
My Dear Brother in Law, I have so many wonderful memories of you. You were always there for Jim and myself. Remember all the help you would give me on our deep sea fishing trips with good old Con Met. The time the boat person knocked my salmon off, next time I had a salmon you grabbed the net from her and made sure I landed it. All the fun trips to Reno, driving all night. So many memories. I am going to miss you so much. Rest in Peace Dear Wes. My prayers are with all the family at this time. Carol
Carol Grahnert
Family
December 4, 2019
Sending love and prayers to you and your family for comfort and healing hearts!
Danene Betts
December 3, 2019
Sandy: I'm so sorry to hear of the passing of your beloved Wes. My thoughts and prayers are with you and your family. I'm giving you a "virtual" hug until I see you on Saturday.
Debby Prentice
December 2, 2019
sorry to hear of this loss sandy, my prayers for you and family
Sam Dooley
December 2, 2019
So sorry to read about Wes I went to school with Sandy being one of my best freinds! Sending huge hugs and prayers to you!
Brenda Trimbo
December 2, 2019
My heartfelt sympathy to Sandy and the family. Wes was the love of her life and a kind and caring man,
who will be missed by all. My thoughts and prayers are with you.
Margaret Webb
December 1, 2019
We wish to express our sincere condolences to Wes's family. We both enjoyed working with and getting to know Wes through Colf Construction.
Ervin and Leone Johnson
December 1, 2019 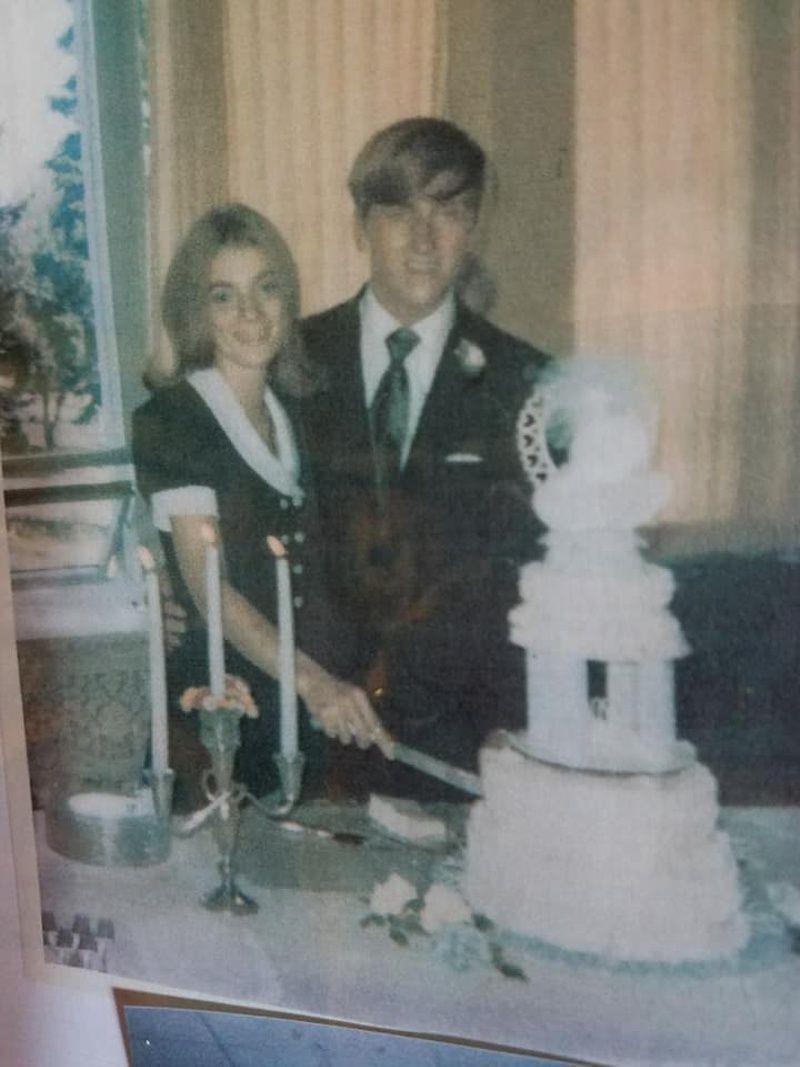 My darling Wes; I miss you and love you sooooo much. It's only been a few days but I can't believe you are gone.
You fought such a galant fight, you are my hero, my sweetheart, my eternal love.
May you find eternal peace in the heavens above.
I'll see you again some day, then we can run in the meadows and play in the sand at the beach.
Good bye only for now my love, I'll see you again.
Sandy Grahnert
Spouse
November 29, 2019
God bless Wesley, Bless Sandy & her family. Wes was a great man & a great cousin, Love Cecil & Jennie Bronkhorst.
Cecil Bronkhorst
November 28, 2019
Showing 1 - 17 of 17 results