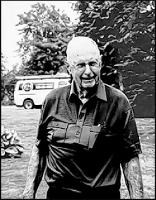 Wayne Alvin Harris passed away at his home Dec. 21, 2021, surrounded by loved ones. He was born on July 9,1930 to Doc and Bessie Harris in Sunnyside, WA. He was raised on a farm in Mabton, WA, where he developed his tireless work ethic and remarkable sense of humor. Wayne worked for Carnation Company for 26 years in Eastern Washington before moving to Battle Ground, WA, to work for his brother Dick in his retread shop for 5 years.
Wayne married his best friend and the love of his life Dorothy in 1976. They owned and operated a laundromat and also a mini storage in Battle Ground. In 1980, Wayne started a new career in Real Estate and purchased Battle Ground Realty in 1982. He spent the next 27 years in the Real Estate business. Wayne was a busy man and also served as a member of the Battle Ground City Council until moving outside the city limits. Wayne loved his time with family and friends, camping, snowmobiling and spending the winters in Surprise, AZ. His grandchildren were a special energy and joy to him, they kept him young at heart.
He is proceeded in death by his parents and brothers Bill, Ralph, Dick, and Roger; brother-in-law, John Comstock; son-in-law, Al Castillo; and granddaughter, Lacey Hall. He is survived by his wife, Dorothy; sisters, Juanez (LeRoy) Sharpe and Darlene Comstock; children Ron (Delphine), Mike (Joyce) Radell, Rita (Chad), Martin (Rhonda), Marsha (Roger), Todd Hall, Troy Hall, Randy (Angie) Hall and DeEtte Gibson; 30 grandchildren and 32 great-grandchildren.
Wayne was a member of Happy Trails Christian Fellowship in Surprise, AZ, and also New Heights Church in Battle Ground, WA. Wayne requested that there be no service and donations be made to The Newborn Intensive Care Unit (NICU) at OHSU.
Please share a memory @ www.columbian.com/obits

Published by The Columbian on Jan. 9, 2022.
To plant trees in memory, please visit the Sympathy Store.
MEMORIAL EVENTS
To offer your sympathy during this difficult time, you can now have memorial trees planted in a National Forest in memory of your loved one.
MAKE A DONATION
MEMORIES & CONDOLENCES
1 Entry
We are so sorry for your loss, Wayne was an amazing person, always had a smile to share. He will be missed
Jim and Lynne Groth
Friend
January 10, 2022
Showing 1 - 1 of 1 results