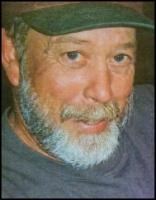 Vernon Messner, Jr. passed away Dec. 31, 2021.
Vern was born Aug. 16, 1949, to Vernon Sr.and Opal Messner. His family lived in Lyle, WA, moved to Yacolt, WA, then moved to their farm in Amboy, WA.
Vern graduated from Battle Ground High School in 1967. He served in the US Army at Fort Lewis, WA, from March 19, 1968 to March 18, 1971. He worked in logging and construction until he retired.
Vern was an active member of the Quartermen car club. He enjoyed building and restoring hot rods, going to car shows, antiquing at the coast and working in his shop.
Vern is survived by his wife, Carma of 51 years; his two children, Todd (Jody) and Tracy (Dan); his beloved grandchildren, Jordan and Jackson; his three sisters, Georgene, Debbie, and Donna; one brother, Dennis; and numerous nieces, nephews and extended family.
There will be a celebration of life announced at a later date.
A special thank you to the nursing staff at Peace Health Medical Center for their care of our loved one.
Please share a memory @ www.columbian.com/obits

Published by The Columbian on Jan. 12, 2022.
To plant trees in memory, please visit the Sympathy Store.
MEMORIAL EVENTS
To offer your sympathy during this difficult time, you can now have memorial trees planted in a National Forest in memory of your loved one.
MAKE A DONATION
MEMORIES & CONDOLENCES
2 Entries
My heart goes out to all of you. I am so sorry to hear of his passing. He and I grew up together.. Friends for many years... Sending hugs, love and strength to get thru this difficult time Jeanine
Jeanine Brigham
Friend
January 13, 2022
My heart is so saddened of Vern's passing. I was looking so forward to being together with friends when we could. Never dreamed getting Christmas card thinking all was well. Carma and family, I will miss Vern and he shared the same birthday as our Gary, which they always remembered. God bless you all from above. Carla Klein
Carla J. Klein
Friend
January 12, 2022
Showing 1 - 2 of 2 results