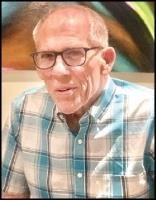 Terry Alvin Osterberg passed away on Dec. 9, 2021, at the age of 78, in Olympia, WA, with family by his side. His battle with serious medical issues in recent years showed his courage in facing life challenges with a smile and without a complaint. He was a loving husband, father, grandfather, father-in-law, uncle, and friend who will be strongly missed.
Terry was born to Wanda and Lennart Osterberg on Aug. 2, 1943, in Tacoma, WA. He grew up in Shelton, WA, where he graduated from Shelton High School in 1961. He attended Olympic Junior College, Western Washington State College, and Central Washington State College where he met his wife, Susan Wheaton. Together they had two children: Eddie and Suzanne. They settled and lived in Ridgefield, WA, for 43 years. Terry worked in the Concrete Pipe Industry as a contractor and later as a sales manager for over 30 years.
He served six years in the National Guards and volunteered for the Ridgefield Lions Club and served as President of the Ridgefield School Board. Terry was passionate about helping underserved populations and gave his support to many organizations in his community.
Terry had a love for travel, sports, music, playing card games, and spending time with family, friends, and his sweet dogs. Terry’s first trip with friends around the United States in his 1957 Chevy sparked a love for travelling. He later travelled to Europe, Canada, Mexico, Hawaii, and New York City where he would visit his daughter, and in 2018 he watched her run in the New York City Marathon.
Terry embodies the sentiment: “the most important thing in life is how you make people feel.” Terry made everyone he met feel loved and welcome.
Terry is survived by his wife of 52 years, Sue; children, Eddie, Suzanne (Sumeer); grandchildren, Asha and Amaya Singla; and numerous other family members, friends, and dogs.
A Memorial Service will be held at a later date.
Memorial Donations can be made in memory of Terry Osterberg to Hospice Care:
Providence Sound Homecare and Hospice
4200 6th Ave SE Suite 201 Lacey, Washington 98503
or online Providence Southwest Washington Foundation
Please share a memory @ www.columbian.com/obits

Published by The Columbian on Jan. 5, 2022.
To plant trees in memory, please visit the Sympathy Store.
MEMORIAL EVENTS
To offer your sympathy during this difficult time, you can now have memorial trees planted in a National Forest in memory of your loved one.
MAKE A DONATION
MEMORIES & CONDOLENCES
2 Entries
Sue, we were very sorry to hear about Terry´s death. Our hearts go out to you and the family. We remember the fun times we had at the concrete pipe Christmas parties. There was no one that we would love to party with more! You and Terry always made them enjoyable! We sure miss that! May you have many great memories to cherish, as we do! Fondly, Karla and Steve
Karla and Steve Town
Work
January 15, 2022
Sue, I have been thinking of you and Terry this past month and now I know why. I'm so sorry for your loss. Terry really did look more like Dad than either Jim or I did, we always laugh at that, but it was true. I always enjoyed working with Terry on our many pipe jobs. He was very smart and always eager to teach me and help me as I grew into the construction trade. One of my favorite memories is Duck hunting on the banks of the Columbia river with Terry. Making him put burnt cork on his face to camo that big white smile he had because he was scaring the ducks. It did work, at least that's what I told him. And the morning I was parking the boat and tripped on one of the anchor ropes and sat down in the cold Columbia. Luck would have it that we had enough extra clothing I could change. That morning I had Tea in a thermos and Terry introduced me to Brandy he just happen to have. By God!! It worked, took the cold right off and after a few hours we could care less if we hit a duck or not! I will always remember the fun times and many adventures we shared together!
John Maul Sr
Family
January 5, 2022
Showing 1 - 2 of 2 results