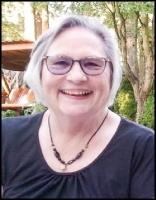 Susan (Sue) Marie Summers passed away from complications of COVID-19 on Dec. 6, 2021, in Vancouver, WA. Sue was born March 20, 1947, in Seattle, WA, to Oscar and Elva Westford. Raised in the north end of Seattle, she graduated from the then recently opened Nathan Hale High School. One of her high school highlights was playing the violin in the Seattle All-City Orchestra in 1965. She went on to attend Shoreline Community College and Western Washington State College (now University), graduating with a bachelor’s degree in Spanish.
After initially doing some substitute teaching, Sue found a full-time job teaching Spanish and English at Battle Ground High School. Though she had never heard of Battle Ground before moving there in 1970, she would call it home for the rest of her life. At BGHS, Sue met a fellow Seattle native, math teacher Dean Summers, and the two soon began dating. Dean and Sue married in 1975. Five years later, when their daughter Kate was born, Sue left her teaching career to be a stay-at-home mom. The family welcomed two more children, Scott (1982) and Julie (1988). Once the kids were older, Sue began subbing again part time and taught a Spanish class for homeschool students.
Sue’s Christian faith was central to her life. She was a longtime member of Battle Ground Baptist Church and was involved in multiple ministries during her many years there, including a stint as head of women’s ministries. Another important aspect of her life was her Icelandic heritage. Her paternal grandparents immigrated to the US from Iceland in the late 1800s, and she had memories of hearing her father speak Icelandic with his parents and siblings. In 2015, Sue traveled to Iceland and got to see old family farms. Sue enjoyed various hobbies over the years, ranging from selling Discovery Toys to quilting. More recently, she was drawn to memoir writing. Over the past year, she self-published two collections of personal essays. Sue was a cat lover and had many beloved cats over the years. She also enjoyed spending time at the family’s vacation home on Lopez Island.
Sue is survived by her husband, Dean; children, Kate, Scott, and Julie (Jan Kowalewski); and younger sisters, Cindy Novion and Jan Germann. A celebration of life will be held at Battle Ground Baptist Church on March 19, 2022, time to be determined.
Please share a memory @ www.columbian.com/obits

Published by The Columbian on Jan. 4, 2022.
To plant trees in memory, please visit the Sympathy Store.
MEMORIAL EVENTS
Mar
19
Celebration of Life
Battle Ground Baptist Church
WA
MAKE A DONATION
MEMORIES & CONDOLENCES
5 Entries
Sue and I lived in houses with backyards that abutted one another in Battle Ground, Washington from 2000 to 2007. Sue welcomed all five of our kids whenever they ventured over to her yard/house, which was often. They all felt the warmth of Sue's loving ways and she made them all feel special by taking an interest in all their doings. Sue and I were in the Women's Ministry together at Battle Ground Baptist Church and we shared many mutual friends. Along with her husband, Dean, my husband, Tim, Sue and Dan Ryan, and Vivian and Robby Robertson, we all enjoyed doing a weekly Bible study together for many years. In 2003, I had to undergo both breast cancer and brain tumor surgeries. That year, Sue and another Sue (Kelsey) made me a "Comforting Quilt". Sue organized a large gathering of women to come around and support me during this very difficult time. She poured her caring heart into projects that supported hurting people. Sue had a gentle smile, was quick to laugh, and keen to encourage all her "sisters". She will be missed.
Chris Kramer
Friend
January 8, 2022
I met Sue in Sept 1962 at Ingram high School in Seattle. The next two years we attended Nathan Hale and I don´t remember too many days that didn´t include her. We went separate ways after graduation but still kept in touch. I had my first daughter in 1969 and I named her Kathy. It wasn´t until years later that I found out that; Sues oldest daughter and mine shared the same month and date for birthdays but different years. Sue was an amazing friend and I miss her terribly. My deepest sympathy for Dean and her children. You were so blessed to have her for a spouse and mother.
Jean Wiegand
Friend
January 7, 2022
Sue was a wonderful person. I was her teaching assistant in 1979. We became friends. It was not that long ago when I had lunch with her. She will be greatly missed. My thoughts and prayers with all of you. Kate, I worked with your mom while she was pregnant with you. She was so happy and excited!
Debbie Seal
January 5, 2022 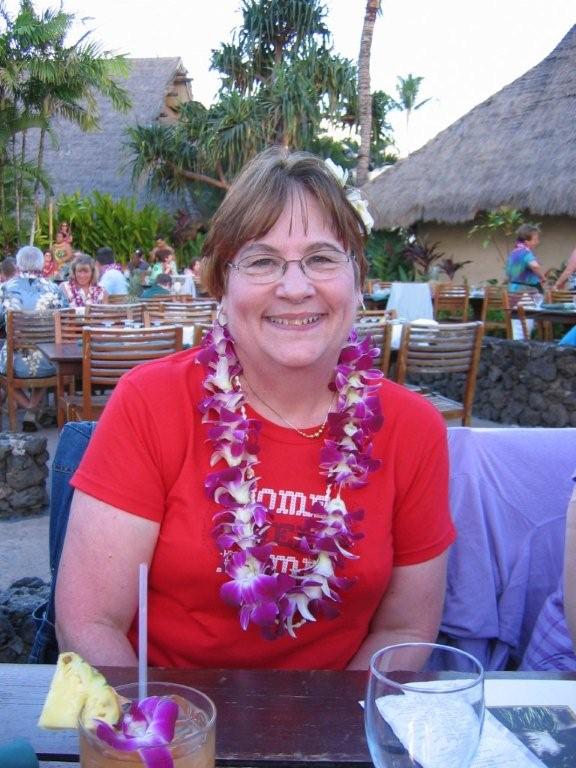 Sue was not only my sister-in-law but also a very dear friend. We did some very fun things together over the years including a trip to Maui, an Oregon Coast Shop Hop, special days on Lopez Island and other fun adventures. I will always remember Sue's laugh and the sparkle in her eyes when she was having fun. What a dear person Sue was and she will be missed by me and so many others.
Kathy Summers
Family
January 4, 2022
Dean - I know the loss you have to deal with at this time. I will be praying for you.
Tom Snyder
Friend
January 4, 2022
Showing 1 - 5 of 5 results