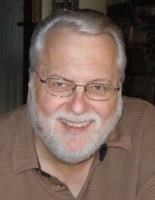 Ronald Jay Stevens died in the evening hours surrounded by friends and family. He was 66 years old. He was born in Vancouver where he resided his entire life. Ron was a graduate of Hudson Bay High School and retired in 2005 after a career at Quest. He was preceded in death by his father, mother, and only brother. Ron leaves behind his wife, Andrea; son Christopher; daughter Natalee; step-children Megan and Braden; five grandchildren, numerous nieces, nephews, and friends.
Ron was an avid movie fan, a regular at numerous restaurants, a generous and caring husband and amazing father. He was willing to share a smile with any stranger. Ron was kind and gentle with a soft spoken soul. His laugh would bring life to a room. Ron had an intense love of music which he collected, shared, and played for those he loved. He would often communicate how he felt by sharing music.
Although his words were sometimes few, you knew you were loved by his sly smiles, big hugs, and teasing. Gracious in all things except at the card table. Life without him will not be the same. He will be deeply missed by many. Celebration of life to be scheduled later.
Please sign his guestbook at www.columbian.com/obits.
Published by The Columbian on Apr. 26, 2016.
To plant trees in memory, please visit the Sympathy Store.
MEMORIAL EVENTS
To offer your sympathy during this difficult time, you can now have memorial trees planted in a National Forest in memory of your loved one.
MAKE A DONATION
MEMORIES & CONDOLENCES
6 Entries
May the love of friends and family carry you through your grief.
Kathi Balthis
Friend
October 20, 2017
My name is Brad Steffens and I am so sorry for your loss, Ron was way to young. I will remember Ron with fond memories. Sounds like Ron had a lovely family.
I met Ron in 1970, we both worked for Western Electric and at lunch we would go to this one grocery store around the corner with a café in it. We had good times and I would see Ron or his Dad at the old Buckaroo games. I left Western Electric but Ron stayed, my mistake.
Seeing Ron in the paper really sadden me and my prayers to you and your family.
Stay strong.
Brad
Brad Steffens
May 10, 2016
When we first met Ron we liked him immediately. He was kind and gentle, and always smiling. Andrea, your loss is felt by many, and please know our thoughts are with you, always.
Sharon and Alan Chilson
May 2, 2016
Andi & family, I am so sorry for your loss. He was so very sociable and loved a good joke. Always a smile on his face. He will be missed by so many. Keep in touch. Kathy
Kathy Stapleton
April 27, 2016
Our sympathies to Ron's family and friends.
Rodney and Judy Briggs
April 27, 2016
I worked with Ron at Qwest. He was such a kind man. Wonderful smile. I am thankful to have known him. May you Rest In Peace Ron. Until we meet again. My heart goes out to the family and friends of yours. I am so sorry for your loss. Cindy Louey
April 27, 2016
Showing 1 - 6 of 6 results