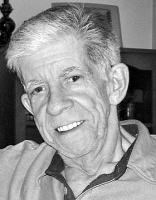 Ralph Walsh, 72, passed on to be with the Lord Feb. 3, 2015. Though he was born in Denver, CO, he was raised here in Vancouver, WA and graduated from Hudson's Bay High School in 1960.
Ralph attended college in Denver and later attended Clark College where he obtained his degree in Computers. While his heart was always in Denver, he married and settled here in Vancouver.
Ralph spent his free time reading the bible, learning new things and helping others. He was most happy with family and taking them on family vacations.
Ralph leaves behind his three children, Michael Walsh (Elizabeth), Melissa Simmons (James) and Matthew Walsh; seven grandchildren, Robert, Lilly, Liz and James Simmons, Lane, Alice and Pearl Walsh; and one brother, Robert Poppe (Naomi).
He was preceded in death by his wife of 37 years, Robbin; and his parents, Veronica Poppe and Ralph Walsh.
A service will be held Tues., Feb. 10, 2015 at 2:00 p.m. at Hamilton-Mylan Funeral Home in Vancouver.
Please sign his guest book at: www.columbian.com/obits.

Published by The Columbian on Feb. 8, 2015.
To plant trees in memory, please visit the Sympathy Store.
MEMORIAL EVENTS
To offer your sympathy during this difficult time, you can now have memorial trees planted in a National Forest in memory of your loved one.
Funeral services provided by:
Hamilton-Mylan Funeral Home, Inc. - Vancouver
MAKE A DONATION
MEMORIES & CONDOLENCES
4 Entries
Ralph was a close friend of mine in high school and a person I always admired for his character, love and easy attitude ... accepting whatever was there with a positive attitude. Ralph and I often shared Yogi Bear stories as we hastened through our serious duties as Audio/Visual coordinators at Hudson's Bay High, a class we each liked more than Study Hall.

I moved to California after high school, but shared some good memories and family stories (that he loved so much) during a few reunions. At our 50th Reunion in 2010, my wife Diana and I enjoyed meeting Ralph's family who was so special to him (see the photos), along with his Walk with the Lord. Don Calhoun.
Don Calhoun
February 17, 2015
I love You Ralph! Roxy
February 10, 2015
I have known my friend for 49 years and am glad we had the chance to get caught up a couple years ago. I will miss your sharp wit and all the exchanges we had over these many years.
Tom Kieffer
February 9, 2015
I have nothing but fond memories of the young man I knew when we were young. He was a funny, warm and loving guy with so many friends. My thoughts and prayers are with his family. Thank you for letting me know of his passing. He will always have a place in my heart.
Lonnie
February 9, 2015
Showing 1 - 4 of 4 results