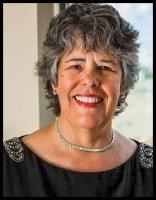 Priscila Martins-Read, a wonderfully-talented woman of incredible love, generosity, and adventure, was born March 17, 1951, in Sao Paulo, Brazil, the first child of Basilio P. Martins and Lucy Sant’Anna Martins. Growing up in a small rural farming town, she jumped off the rafters into the sun-dried coffee beans stored in her grandfather’s silo, pole-vaulted over (or into) a small stream, and ran away from the cows being herded through the town’s streets.
Awarded a scholarship to attend college in the United States, and asked for an immediate decision between schools in Kansas and Oregon, she quickly looked at a map, saw Oregon’s mountains, forests, and ocean, and chose Northwest Christian College in Eugene, where she met Chuck Burns.
Priscila and Chuck married two years later, had two children, Samantha (who, grown up, brought Corey into the family) and Jonathan (Brittany), and she proudly became a U.S. citizen. Priscila and Chuck divorced, but worked together to raise their children into strong, capable adults.
Priscila’s ”True North” _ her ever-present Hallmark, really _ was ingrained generosity towards others. Even as a single mom with only a part-time job, she always bought extra food to donate to food drives. Troubled by the plight of Brazilian orphans, she completed the requirements to become licensed as an adoption agency so she could bring young children to American homes; for this work Priscila was recognized as a ”Woman of Achievement” in Clark County’s very first class of honorees.
In 1986 Priscila married Dale Read, Jr. Together, they added Andrew (Kait) to their family, and then later adopted Eddie and Tori.
Like all of her Brazilian family, Priscila had an amazing gift for languages, and spoke fluent, unaccented English. A longtime faculty member at Clark College, she worked primarily with refugees and exchange students, and proudly saw several of her foreign-language students become published authors in English. Clark’s students and administration recognized her as the 2009 recipient of their highest faculty honor for teaching excellence.
Throughout her life, Priscila drew strength and awe from nature. She cherished memories of forest trails and waterfalls, of whales swimming with their calves, of hearing the sound of frogs and birds in her own backyard, and of spotting nests of eagles or owls. Special favorites were America’s National Parks _ whether the majestic presence of Mount Rainier, the brilliantly-colored hoodoo formations at Bryce Canyon, or any of the other 27 parks she visited.
An amateur photographer, Priscila’s work hung in private homes, was chosen for inclusion in an anthology highlighting the work of local photographers, and, several times, was selected by various national Internet sites as their photo of the day. After retiring, she volunteered at the Oregon Humane Society, where her photomontage posters drew attention to featured animals and increased the adoption rate.
Over and above everything, and the central focus of her life, was her love for her family, the obvious joy she received from every moment spent together, and the opportunity to create special memories with them (”Who wants to bake cheesy breads?”; ”Let’s build your own toy.”) She is survived by her husband of 33 years; her children; her mother; brother, Basilio; sisters, Flavia and Lais; four nieces and nephews; and 9 very special grandchildren: Jordan (the scholar), Lola (the sensitive writer-scientist), Orion (the builder-engineer), Luke (the athlete), Baylei (the redhead), Ellie (the exuberant one), Freya (the serious ball of love), Maggie (the almost toddler), and baby Theo (certainly destined for some esoteric field).
A memorial fund for breast cancer research has been established at Fred Hutchinson Cancer Research Center, 1100 Fairview Avenue North (MS-J5200), Seattle, WA 98109
Please sign her guest book @ www.columbian.com/obits
To plant trees in memory, please visit our Sympathy Store.
Published by The Columbian on Mar. 15, 2020.
MEMORIAL EVENTS
No memorial events are currently scheduled.
To offer your sympathy during this difficult time, you can now have memorial trees planted in a National Forest in memory of your loved one.
MAKE A DONATION
MEMORIES & CONDOLENCES
15 Entries
I miss my friend Priscila. She was a person of uncommon selflessness, generosity and love. I'm grateful to have known her if only for a little while.
Lily Davies
April 8, 2020 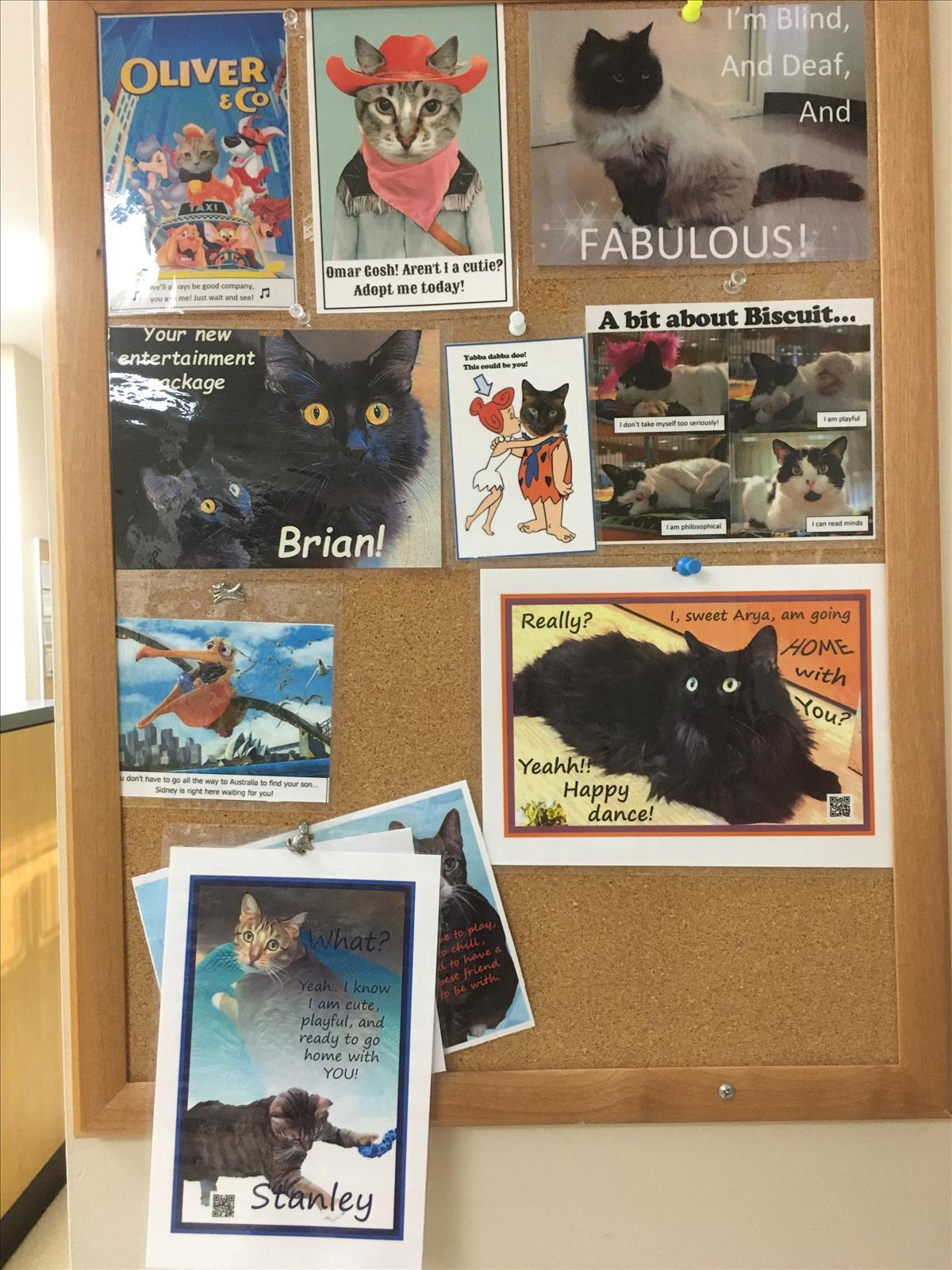 I am the volunteer at Oregon Humane with whom she made the posters to draw attention to the special dogs and cats. I am so lucky to have known her for even those few months. The photo shows that staff in the Cattery at OHS have saved some of Priscila's posters of cats who have been adopted. I am so sad for you all who have lost this amazing person.
Margaret Spear
April 4, 2020
A wonderful teacher and fine colleague. Her students adored her.
Ray Korpi
Coworker
March 29, 2020
Our condolences to Dale and family. Mark, Trudy and Carey Rees
Mark, Trudy and Carey Rees
March 25, 2020
It was my true privilege to be a colleague of Priscila for three decades. On March 10, not knowing of her passing, I wrote a letter to her and sent it to her home. You are very welcome to read that letter Very soberly and very thoughtfully, Anita Lundy
March 23, 2020
I haven't seen Priscila in a number of years but early in my career and as we made the move to Clark county and I worked at Clark College, I remember how kind and support she was to me and our colleagues. A wonderful woman! She had a rich life and such as sad loss for her family. Our condolences to her family.
Kristin Bach Kautz
March 21, 2020
I worked with Priscila very closely for several years. She loved her job teaching students and I admired her love and passion she showed them.She was a very loving person and I am sad she has left us. May she rest in Peace. I will miss you. Linda Campbell
March 21, 2020
What a wonderful person! I worked with her at Clark College and we took our children fishing one time! A bright star in our universe! Mt thoughts and prayers are with her family.
Wendee Shuell
March 20, 2020 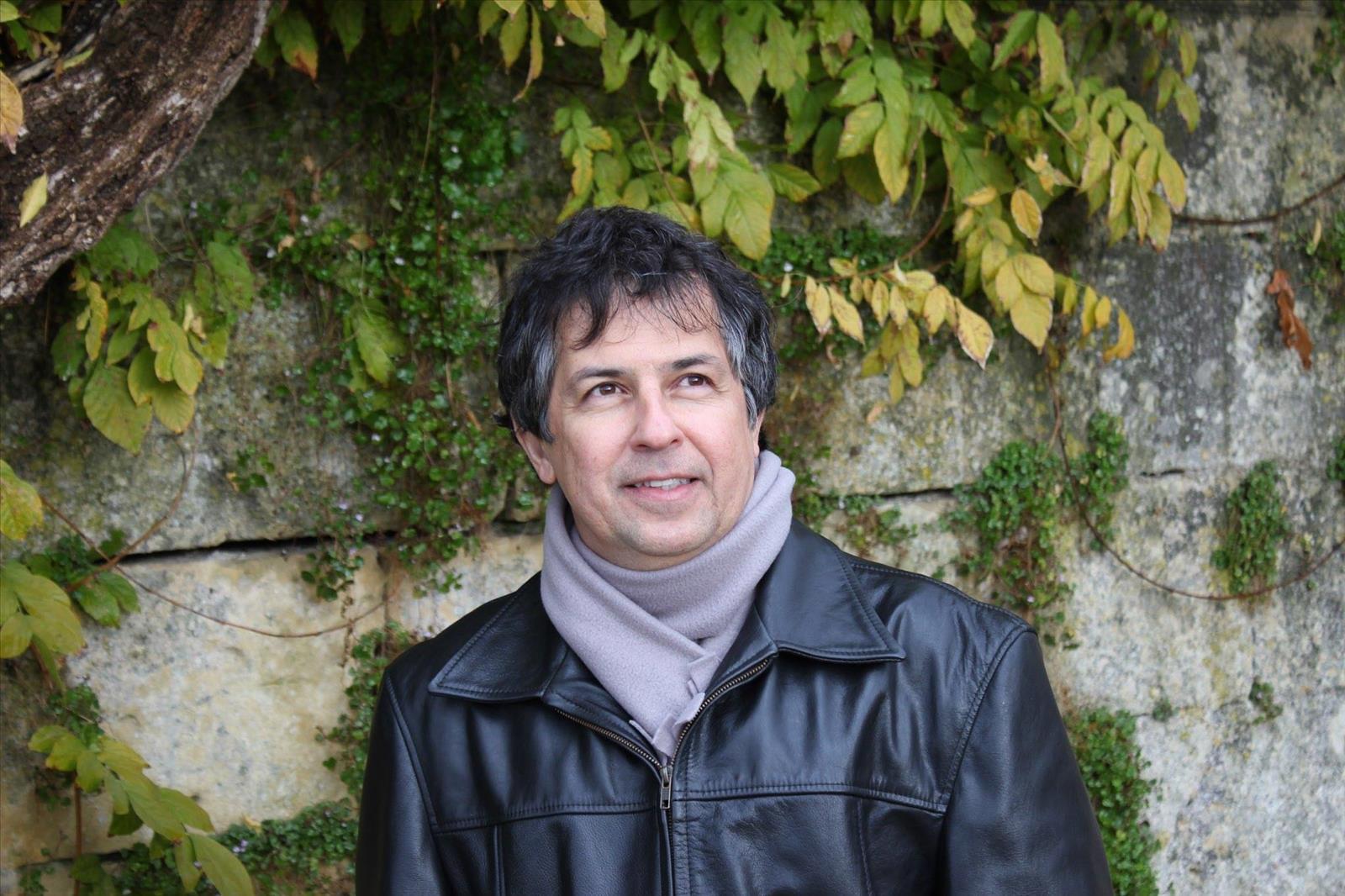 We are going to miss you, my dear sister- in -law, the memories will remain in our hearts.
Lucas Ribeiro
March 19, 2020
My older sister will be missed so much! Her legacy will last for many generations amongst our family.
Lais, her youngest sister, from Brazil
March 19, 2020
Dale and family,
My thoughts and prayers are with you during this difficult time
W Creed
March 17, 2020
Dear Dale and family,

May God comfort you during this time of deep sorrow. I met Priscila many years ago at Clark College. She was a wonderful colleague. She was always very helpful and friendly. God be with you.
Susan Simpson
March 17, 2020
Dale and family, I am so very sorry to hear about Priscila. I am sure she will missed so very much. She truly was a great person and even though I rarely saw her anymore I always loved her.
March 16, 2020
So sorry to hear about Priscila. She was one of the best.
Glen Mitchell
March 15, 2020
My thoughts and prayers are with you in your time of grief. May your memories bring you comfort.
Jack` Maylie
March 15, 2020
Showing 1 - 15 of 15 results