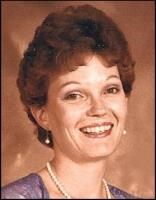 Patti lost her battle with cancer after five years Dec. 24, 2021, at the age of 72. She was the best friend and soulmate to her husband, Larry, for 47 years. Patti was a devoted wife, mother, and grandmother. Patti is survived by her daughter, Kirstin Hull; and two wonderful grandchildren, Camille Hull and Brogan Hull. She loved them unconditionally and was in the delivery room when they came into the world.
Patti was born into an Army family with three other siblings, Jerry Walding, who was killed in the Vietnam War, Donna Michlik of Ashburn, VA, and Candace Walding, or Boynton Beach, FL. Patti was born at Fort Campbell, KY, and traveled to many army installations. In her teen years, Patti grew up in Columbus, GA, where her father served with the Army at Fort Benning and later retired there. Patti graduated from Baker HS. She also attended nurse training at Columbus Community College and was later a flight attendant for Delta Airlines. She devoted her married life supporting Larry’s career in the Army and later with the City of Vancouver. Patti also worked for Providence Hospital and The Vancouver Clinic. However, most importantly, she was Mimi to her grandkids.
At Patti’s request, there will be a private, family graveside service at Evergreen Memorial Gardens. Special thanks to the Community Home Health And Hospice for their loving care over the last few months. In lieu of flowers, please consider a donation to the local non-profit Pink Lemonade Project in its fight against breast cancer.
Please share a memory @ www.columbian.com/obits

Published by The Columbian on Jan. 4, 2022.
To plant trees in memory, please visit the Sympathy Store.
MEMORIAL EVENTS
To offer your sympathy during this difficult time, you can now have memorial trees planted in a National Forest in memory of your loved one.
MAKE A DONATION
MEMORIES & CONDOLENCES
3 Entries
As you return to life's routine, may you continue to feel comforted by the love and support of family, friends and your Vancouver community.
George and Sue Francisco
Family
January 12, 2022
Dear Larry and Family, Don and I are so sad to hear this news. We loved time spent with you and Patti. She, and you, always made us feel so welcome. Her sense of humor was wonderful and her devotion to you was so very clear. Please accept our love and prayers for you in this time of tremendous loss. We are grateful to have known Patti.
Pam Brokaw
January 4, 2022
So sorry to learn of Patti´s passing! My heartfelt sympathy to Larry and the rest of the Smith family.
Paul Jacobsen
Friend
January 4, 2022
Showing 1 - 3 of 3 results