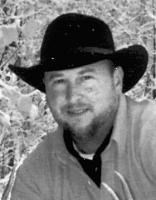 Michael Kenneth Wolf, 51, of Woodland, WA, perished in a plane crash on Nov. 6, 2013 while on a hunting trip in Idaho. He was born in Santa Ana, CA on Feb. 20, 1962. His family relocated to Brush Prairie, WA in 1974 and he graduated from Prairie High School in 1980.
Mike married Tina Bragg in 1991 and they had two daughters, Breanna (22) and Jaclyn (20).
He was employed by Tidewater Barge Lines in Vancouver, WA for 32 years.
Mike was an avid outdoorsman whose main passion was hunting with his family and friends.
Mike is survived by his wife and daughters; his parents, Richard and Charlene Wolf of Brush Prairie and Carolyn Wolf of Brush Prairie; brothers, Richard Jr. of Kalama, WA and Daniel of Brush Prairie; sister, Susanne Lucey of Brush Prairie; step-sister, Tammy Chambers of Portland, OR; and step-brother, Todd Willer of Redmond, OR.
The memorial service for Mike will be held on Sat., Nov. 16, 2013 at 2:00 p.m. at Life Point Church, 306 NE 192nd Ave., Vancouver, WA. There will be a Celebration of Life at Camas Meadows Golf Course at 4:00 p.m.
In lieu of flowers, the family is requesting that donations be made to SCI (Safari Club International), Southwest Chapter, PO Box 1705, Vancouver, WA 98668. SCI's motto is protecting hunting and promoting conservation.
Please sign his guestbook at: www.columbian.com/obits.
Published by The Columbian on Nov. 13, 2013.
To plant trees in memory, please visit the Sympathy Store.
MEMORIAL EVENTS
To offer your sympathy during this difficult time, you can now have memorial trees planted in a National Forest in memory of your loved one.
MAKE A DONATION
MEMORIES & CONDOLENCES
28 Entries
Carolyn and family....I was so sorry to hear this sad news last night. (Beth found out on Facebook) You are in my prayers. Amy Plumb...503-618-1458
November 18, 2013
Carolyn,
My deepest condolences to you and your family.