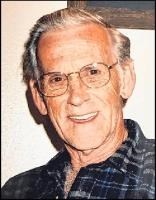 Kenneth Louis McGlothlin passed away Sept. 6, 2021 at his home in Washougal. Born June 11, 1939 in Camas, WA, to Rex and Ann McGlothlin, Ken was 82 years old.
Ken was described by friends and family as a kind and gentle person. He was a lifetime resident of Washougal and spent a lifetime loving animals. He graduated from Washougal High School in 1957 and joined the Army where he served in the 82nd Airborne as a Cryptologist and Paratrooper. Ken retired from James River Paper Mill as a Mill Wright. He enjoyed golfing, bowling and was an avid hunter and fisherman.
Ken is survived by his sons, Jake McGlothlin and Michael Szoke; his daughters, Alisa Story and Erin McGlothlin; seven grandchildren and one great-granddaughter.
Per Ken’s request, the memorial will be held at a later date with family and friends.
In lieu of flowers, the family is requesting donations be made in Ken’s name to Washougal Humane Society (360) 835-3464.
Straub’s Funeral Home in Camas has been entrusted with arrangements, please sign the online guest book.
Please share a memory @ www.columbian.com/obits

Published by The Columbian on Sep. 26, 2021.
To plant trees in memory, please visit the Sympathy Store.
MEMORIAL EVENTS
To offer your sympathy during this difficult time, you can now have memorial trees planted in a National Forest in memory of your loved one.
Funeral services provided by:
Straub's Funeral Home & Columbia River Cremation
MAKE A DONATION
MEMORIES & CONDOLENCES
1 Entry
Just remembering a kind and loving Brother. He was a fun loving guy with a quick and good sense of humor. I miss our phone chats - Ken - you are missed so much by your 'Baby Sister'
Delia Peterson
Family
October 2, 2021
Showing 1 - 1 of 1 results