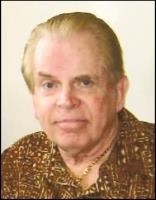 Keith Irvin Spindler, 79, of Vancouver, WA, peacefully passed away May 25, 2021.
He was born in Nebraska to Glenn and Roberta Spindler May 1, 1942. He graduated from Fort Vancouver High School in 1960 and received a Master of Science in Administration of Justice from the University of Portland in 1977. He married his wife, Hermogena (Salvatera) Spindler, in Brackley, England, June 25, 1965. He became a Clark County Deputy in 1972 and later became an adult probation officer. He retired in 2002 as a recognizance officer. He was also a Veteran for the United States Air Force and the Army Reserves.
He is survived by siblings, Roberta Passant and Larry Spindler; three daughters, Christina Tseu, Kimberly Gribner, and Stephanie Stubblefield; and two stepsons, Samuel Estibar and Reynaldo Santos. He also leaves behind 15 grandchildren and many great-grandchildren.
His hobbies were fishing, working on vintage cars, and telling Dad jokes.
Keith’s funeral will be held at 11 a.m. Friday, June 4, 2021, for viewing. The funeral service begins at 12:30 p.m. Immediately following is the graveside service at the Evergreen Memorial Gardens at 1101 NE 112th Ave in Vancouver, WA.
Please share a memory @ www.columbian.com/obits

To plant trees in memory, please visit our Sympathy Store.
Published by The Columbian on Jun. 2, 2021.
MEMORIAL EVENTS
Jun
4
Viewing
11:00a.m.
, WA
Jun
4
Funeral service
12:30p.m.
, WA
Jun
4
Graveside service
Evergreen Memorial Gardens
1101 NE 112th Ave, Vancouver, WA
Funeral services provided by:
Evergreen Memorial Gardens Funeral Chapel
MAKE A DONATION
MEMORIES & CONDOLENCES
5 Entries
As the days and weeks pass, and as you return to life's routine, may you continue to feel comforted by the love and support of family and friends.
Irma Theresa Grimm
Family
June 3, 2021
My deepest sympathy to the Spindler family i met Keith through my kid's my mother found Hermie to watch my kid's after school . My Daughter and son went to school with there kid's. We have actually know the Spindler family for a very long time they lived down the road from us. I stopped in to see Keith and Hermie about 13 yrs ago just to say hello alway's enjoyed talking to him alway's very nice and a great smile. And again so sorry for your he was a very good man.
Sincerely,
The lee family
David Marcia Tina and Dwayne lee
Marcia lee
Neighbor
June 3, 2021
Condolences to Keith's family. Keith and I were school mates. Over the years since, I was in contact with him a couple of times. I always enjoyed talking with him.
Gwen Davis
Classmate
June 3, 2021
Spindler Family

We were sorry to hear of Keith’s passing. I worked with Keith in Corrections and always had a great relationship with him and was sorry to hear of his passing. I will always remember his great smile and laughter. My husband knew Keith in high school as he graduated a year ahead of him in 1959. Our love and prayers are with you entire family and Keith will never be forgotten.

Cheryl and Terry Thomas
Cheryl Thomas
Friend
June 3, 2021
He became part of my family through his daughter Stephanie. I loved spending time just talking to him about history and current events as well as his time in the Philippines. "Dad" will be missed! Love and prayers to the family and to "mom"
Lori Vazquez
Friend
June 3, 2021
Showing 1 - 5 of 5 results