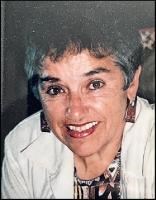 My beautiful lady has passed. Liked and loved by all with whom she came in contact, Julie succumbed to the onslaught of Alzheimer’s Disease, which she had been fighting for seven years. Julie being Julie, after the diagnosis of Alzheimer’s was made in 2016, she learned all she could about the disease and devoted herself to advocating for more research, better clinical care, and education of the pubic and health profession. She traveled across the state, speaking to groups large and small, visiting legislators in Olympia, and while she was capable, going to Washington, DC, with the Alzheimer’s Association to speak with members of Congress, all of whom were gracious and supportive. Wanting to set the example and always upbeat, Julie participated in two clinical trials spanning over three years. She never gave up.
Born in Puerto Rico and raised in New York, Julie was the valedictorian of her high school class, and earned a bachelor’s degree in psychology from Syracuse University and a master’s degree, with honors, in Human Resources, from Chapman College.
Always active in her community, Julie treasured her more than 50 years serving in the American Red Cross, from which she retired in 2017. Living in Washington State for 21 years, Julie was on the board of the Southwest Washington Chapter of the American Red Cross and was the Cascade Region Service to Armed Forces (SAF) Supervisor. Until 2017, Julie was a case worker for SAF, assisting southwest Washington service members and families in need.
She held a variety of important volunteer positions with the American Red Cross, such as member of the National Board of Governors, National Chairman of SAF, member of the Service Deliver 21 (SD21) Committee that extensively revised how the Red Cross conducts its business, and Chairman of the Get to Know Us (GTKU) program which Julie was instrumental in establishing. Her paid assignments included interim CEO of the Fort Hood, TX, and Puerto Rico chapters, and Acting Vice President Service to Armed Forces. As the chair of SAF, Julie traveled the world, visiting US military facilities. She relished telling the story of opening the Panama Canal while visiting our military there.
A recipient of many awards, the ones she was most proud of are the Red Cross National Partnership Award for paid and volunteer staff, the Department of the Army Patriotic Civilian Service Award (the second highest award given to a civilian by the Department of the Army), the Department of the Army Commander’s Award for Public Service for her efforts during the Loma Prieta earthquake, and the Governor’s Award for Washington State Volunteer of the Year.
In 2015, Julie traveled to the White House to receive a Presidential Lifetime Achievement Award. That same year, she received the AARP Washington Andrus Award for community service. This award is AARP’s most prestigious state volunteer award for community service.
As a member of the Disaster Services Human Resources, Julie had been deployed numerous times to local, national, and international disasters, including Hurricane Mitch in Nicaragua, the Loma Prieta earthquake in San Francisco, Hurricane Katrina in New Orleans, and Hurricane Sandy in New Jersey.
Here at home, Julie served as member of the 60th Anniversary of WWII Celebration Committee, member, Celebrate Freedom Programs Committee and Chairman, Flag Day Committee of The Historic Trust, founding member of the Advisory Board of The Historic Trust, member, Selection Committee, George C. Marshall Leadership Youth Award, volunteer, SHARE homeless shelter, on the board and an active member of her synagogue, and member, Community Military Appreciation Committee.
Married to Major General Leslie M. Burger, US Army (Ret), for 61 years, they raised three children and have six grandchildren who will miss her but who learned so very much from her about life and about caring for others. For Julie, the glass was always half full.
Julie devoted her life to her family and to serving others. Always with a smile, always ready to dance.
Please share a memory @ www.columbian.com/obits

Published by The Columbian on Jan. 9, 2022.
To plant trees in memory, please visit the Sympathy Store.
MEMORIAL EVENTS
To offer your sympathy during this difficult time, you can now have memorial trees planted in a National Forest in memory of your loved one.
MAKE A DONATION
MEMORIES & CONDOLENCES
3 Entries 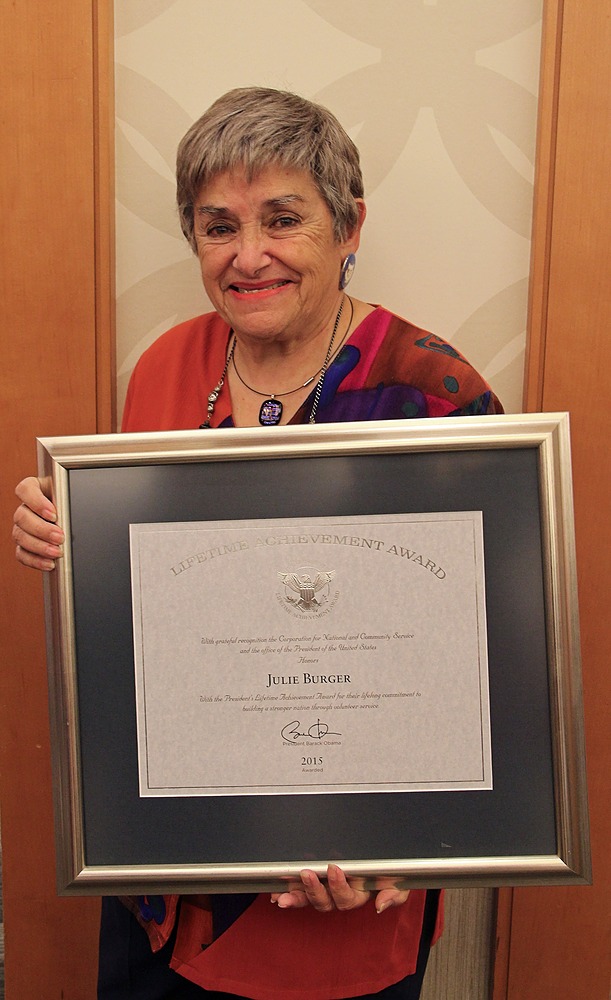 In our lives, we sometimes are so very fortunate to meet others who truly inspire us. Julia was one of those people! I met Julie when I became a Red Cross volunteer and had the great pleasure of working with her as a member of the Southwest Washington Chapter Board. Her passion for the Red Cross and her work in support of members of the armed forces and their families was unwavering. I know that she'll be missed by many. Deepest condolences to Les and to all her family.
Jim Boline
January 14, 2022
Julie you are going to be missed by so many not that this is a goodbye but see you later. I had the pleasure of working with Julie and the American Red Cross of Southwest Washington for 15 years! Julie was always smiling and laughing! It was so much fun working with Julie. I admired all of her accomplishments and learned a lot from her. She truly made a difference every single day with her acts of kindness!
Sally Radliff
January 13, 2022
Julie we will miss your beautiful soul. You brought so much love and positive hope to everyone who met you. Thank you for all the times we danced together in public and they thought we were crazy. Love you always my friend. Trish
Trish Osilla
January 10, 2022
Showing 1 - 3 of 3 results