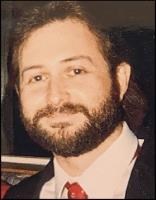 Jon Federmeyer was born Jan. 16, 1960 in Lakewood, CA, to father Richard John Federmeyer and mother Jacqueline Pauline Federmeyer (Hanes), and was also raised by his stepfather Marvin Gray, all of whom predeceased him.
As a child, Jon enjoyed playing sports and frequenting Disneyland with his friends. He moved with his family to Washington state, where he graduated from Woodland High School in 1978. On Aug. 14, 1981, he married Camille Wilson. He worked as a packer for Frito Lay for 30 years and retired in April 2021. Jon was a huge fan of the Seattle Seahawks and Mariners, as well as the Portland Trailblazers. In his spare time, he loved to watch sports and listen to New Wave music.
Jon, who was of devout Christian faith, passed away unexpectedly in his home in downtown Vancouver, WA, on Sept. 29, 2021. He is survived by his three children, Simone (35), Jon (33) and Monique (25); and one granddaughter, Soleil (3 months). His memorial service will be held on Saturday, Nov. 20, at 12:30 p.m., at Evergreen Memorial Chapel in Vancouver, WA, where he is also buried at Evergreen Memorial Gardens, in the Garden of Hope. An informal reception will be held at his favorite establishment, Mav’s (formerly Old Ivy) immediately following the service.
Please share a memory @ www.columbian.com/obits

Published by The Columbian on Nov. 20, 2021.
To plant trees in memory, please visit the Sympathy Store.
MEMORIAL EVENTS
Nov
20
Memorial service
12:30p.m.
Evergreen Memorial Gardens Funeral Chapel
1101 NE 112th Avenue, Vancouver, WA
Funeral services provided by:
Evergreen Memorial Gardens Funeral Chapel
MAKE A DONATION
MEMORIES & CONDOLENCES
1 Entry
My deepest sympathy to the family of Jon. I worked at Frito Lay with him for 27 years. I heard many stories from him. Many nostalgic and good memories. Sports and music. I will never forget his kind heart and soul. God bless
Patricia HUNTER
Work
November 20, 2021
Showing 1 - 1 of 1 results