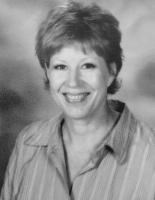 Loving wife of Terry Rooney passed away at home after a long courageous battle with cancer. She is survived by her husband of 40 years, Terry and daughter Marie Biddix (Tommy), son Randy Rooney (Carrie) and daughter Michele Rooney. She is also survived by her mother Carolyn Hoisington, her sister Judy Gottschalk (Gary) and her nine grandchildren.
Joanne worked as a teacher of Early Childhood Education at Woodland High School until 2011. She will be remembered for her incredible gift of understanding and working with children of all ages. She will be greatly missed by her family, friends and anyone whose heart she touched.
Services will be held at Grace Community Church in Woodland at 1:00 p.m. on Saturday November 2, 2013.
Please sign her guestbook at www.columbian.com/obits.
Published by The Columbian on Oct. 31, 2013.
To plant trees in memory, please visit the Sympathy Store.
MEMORIAL EVENTS
To offer your sympathy during this difficult time, you can now have memorial trees planted in a National Forest in memory of your loved one.
MAKE A DONATION
MEMORIES & CONDOLENCES
7 Entries
A wonderful fun sassy neighborhood girl that I was privileged be around. Glad we re-connected the last 3 years. And I will look you up in heaven. My thoughts and prayers to your family now.
Tom Frostad
November 3, 2013
I am so sorry for your lost and what great memories she has left behind. Hugs to all of you.
Pat Hathaway
November 1, 2013
You were the best of us.
Love Fred
Fred Riehl
November 1, 2013
We will miss our sweet neighbor. Not only was Jo wonderful with kids but she was a talented gardener. She turned an acre of field grass into a work of garden art, peaceful and inviting. I will miss our over the fence "plant talk" Our love and thoughts to Terry and all the family.
Judy & Smitty
November 1, 2013
I am so sorry to hear we lost Joanne. She was such a courageous and beautiful person. She inspired all who knew her. She will be missed. I appreciated her honest FB posts that really set the bar for how to cope gracefully and realistically when facing such daunting and painful odds. She will be remembered and her influence will be reflected by others who face the same challenges in the future. My heart goes out to her family and prayers are sent up for their courage, faith, and peace at this time. Also prayers of thankfulness for knowing her and benefiting from her example.
Pauline Wolfe
November 1, 2013
Joanne was the first child care director at Prairie High School when the district teen parent started in 1990. She had a natural talent for working with kids and created a foundation for the program that is still there today. She was a joy to work with. My condolences to her family.
Julia Scott
October 31, 2013
Dear Marie, Tommy and family,
We are so sorry for your loss. Your Mom was so courageous for so long and was truly an inspiration. She obviously had a loving and supportive family. We pray that the support of your family and friends and your wonderful memories will provide you with comfort during this difficult time. We love you.
Joanne Biddix
October 31, 2013
Showing 1 - 7 of 7 results