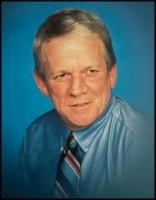 Jerry Bill Van Fleet, 79, of Battle Ground, WA, passed away Sept. 19, 2021.
Jerry was born April 27, 1942, in Gordon, NE, to William and Gladys Van Fleet (both deceased). They moved to the Vancouver area in 1943, where Jerry graduated from Evergreen High school in 1960.
After high school, Jerry proudly served in the Army. In 1964, while stationed at Fort Rucker in Dale County, AL, Jerry met his beautiful bride.
Jerry and Ruth Ellen (deceased) moved back to the Vancouver area, where they established roots in Battle Ground. They raised their family and lived in the same home for 44 years.
Jerry is survived by a sister, Nancy Van Fleet Snow of Battle Ground; his three children, Sandra (Aaron) VanPutten of Camano Island, WA, Jeffrey (Barbara) of Folsom, CA; and Dawn (Clifford) of Battle Ground; two grandchildren, Jordanne and Trey (Sandy and Aaron); and five grand dogs, who he loved unconditionally.
Our dad was a rock to us after our mom’s passing. Jerry and Ellen would have been married 57 years in September. His family and friends were the most important to him. He was a friend to all and will be extremely missed.
A celebration of Life will be held on April 30, 2022, at 10:00 a.m. at Dollar Corner’s Moose lodge, Battle Ground, WA.
Please share a memory @ www.columbian.com/obits

Published by The Columbian on Nov. 10, 2021.
To plant trees in memory, please visit the Sympathy Store.
MEMORIAL EVENTS
Apr
30
Celebration of Life
2:00p.m.
Dollar Corner’s Moose lodge
Battle Ground, WA
MAKE A DONATION
MEMORIES & CONDOLENCES
5 Entries
Sandy, Jeff and Dawn, Your Dad was one of my favorite people. Your parents were kind and always interested in me and what I was doing when I would run into them. Jerry helped me when I was building my house figuring out the drywall. He and your mom were the only people that ever called me "Kris" and get away with it. Much love to the three of you and your families during this difficult time. I can only imagine the wonderful reunion your Mom and Dad are having in heaven.
Kristi (Simonson) Kotrous
Friend
November 13, 2021
To Sandy, Jeff, and Dawn I am so sorry for the loss of your father, and your mother. We used to have so much fun at the ball parks and I always enjoyed both of them, and their humor. I still have the hydrangea plant they gave me when Joe died. Both of them have a special place in my heart.
May Johnson
Friend
November 13, 2021
Jerry and I were in first grade together, and later grades I really don't remember, but we did both graduate in 1960. I remember him as a nice guy, and wished I could have had his mom as a teacher. R.I.P., Jerry.
Maridee Garvey
School
November 13, 2021
One of the most amazing men I knew and proud to have been related to him!! I will miss him a lot especially that "VanFleet" humor! Love,Robin
Robin
November 12, 2021
May wonderful memories of yr dad remind you of his love, and bring peace and healing to you. I was one of his Evergreen classmates till Jr.hi. His mom was my fourth grade teacher. My condolences to all his. wonderful family. Gwen Hall Davis
Gwen Hall Davis
Friend
November 10, 2021
Showing 1 - 5 of 5 results