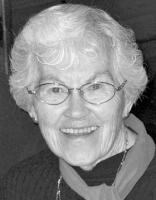 FUNERAL HOME
Vancouver Funeral Chapel | Funeral Homes Vancouver WA
110 East 12th Street
Vancouver, WA
HELEN T. WARNER
July 14, 1925 ~ July 20, 2015
"Helen loved and accepted all she met with a smile
and unconditional love. There was always room in
her home and her heart for one more."

Helen (O'Halloran) Warner, 90, of Ridgefield, WA (recently of Snohomish), went to dance with the angels on July 20th, 2015. Her light began to shine July 14, 1925 as the 4th child of John and Nellie O'Halloran of Tigard, OR.
Helen was married to Bernard V. Warner, who preceded her in death in January 2006.
It was obvious to all who knew Helen that her Catholic faith, her family, and her Irish heritage, were what she valued most. In addition to being active in her parish community, she promoted the dairy industry with the Clark Co. Dairy Women and was an active crusader in the Pro-Life movement.
Though in later years, Alzheimer's stole her memory, she always had a smile and a hug for everyone. While very devout, she was always game for anything. As a granddaughter said, "She was the cross between Mother Teresa and Mary Poppins.".
Helen is survived by her eight children: Bernie (Kari), Marty, Peggy, Donna (Randy Bronkhorst), Ed (Betty), Ray (Sam), Steve (Jane) and Dennis (Cathy); her brother, Larry O'Halloran of Beaverton, OR; and she has blessed the lives of 28 grandchildren and 19 great-grandchildren.
Her son, Jerry, preceded her in death on Oct. 16, 1964.
A funeral Mass will be celebrated on Sat., Aug. 1st, 2015 at 11 a.m. at St. Mary of Guadalupe Catholic Church in Ridgefield, WA. We are asking all guests to wear green to celebrate her Irish heritage. There will be a Rosary on Fri., July 31st at 7 p.m. at Vancouver Funeral Chapel.
In lieu of flowers, the family asks that donations be made to Human Life of Washington, 14400 Bel-Red Rd., Ste 207, Bellevue, WA 98007 or www.humanlife.net.
Please sign her guest book at: www.columbian.com/obits.

Published by The Columbian on Jul. 26, 2015.
To plant trees in memory, please visit the Sympathy Store.
MEMORIAL EVENTS
To offer your sympathy during this difficult time, you can now have memorial trees planted in a National Forest in memory of your loved one.
Funeral services provided by:
Vancouver Funeral Chapel | Funeral Homes Vancouver WA
MAKE A DONATION
MEMORIES & CONDOLENCES
24 Entries
To the entire Warner family. Our family (The Kostelecky's) got to know Helen just over the last year when my in-laws moved to Snohomish. Her infectious smile truly was welcomed as our family was going through difficult times with Allen on hospice and Joyce with progressing Alzheimer's. She always offered kindness to everyone who walked through the doors. I am so glad you had her with you for such a long time. She is truly a gem. Thank you for sharing her with us.
Autumn Kostelecky
August 16, 2015 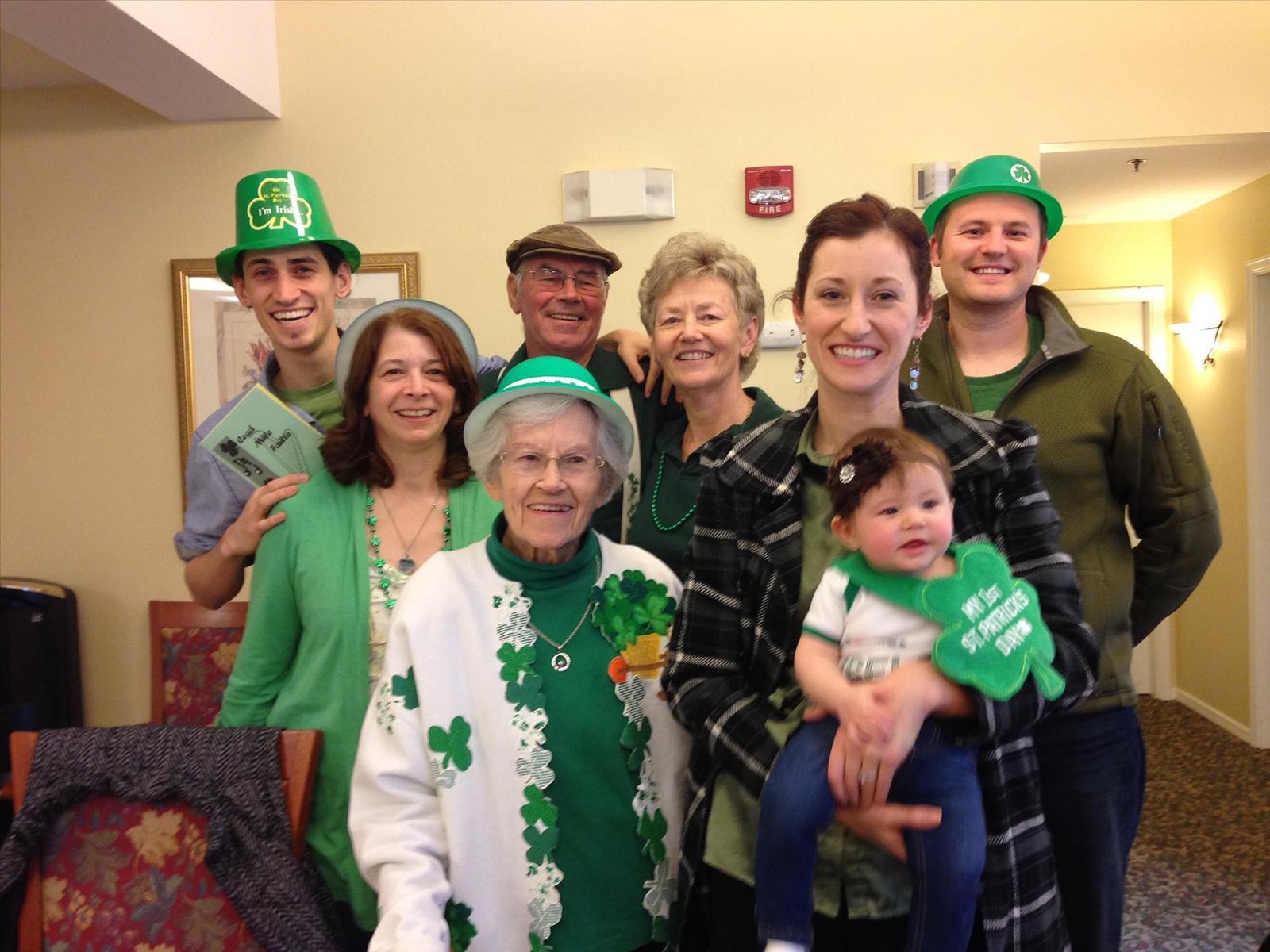 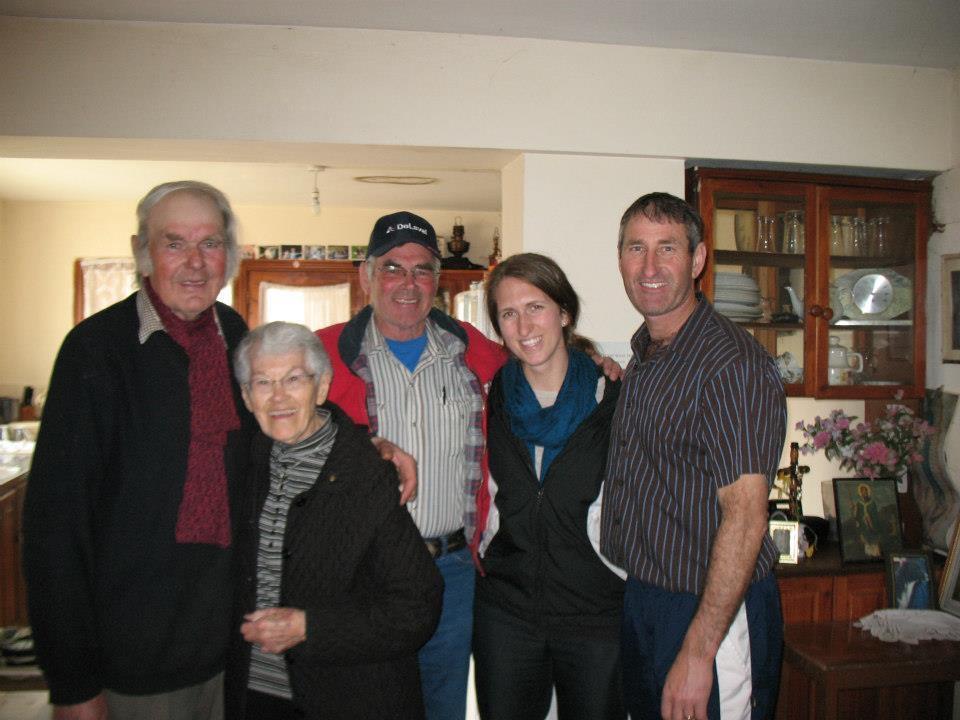 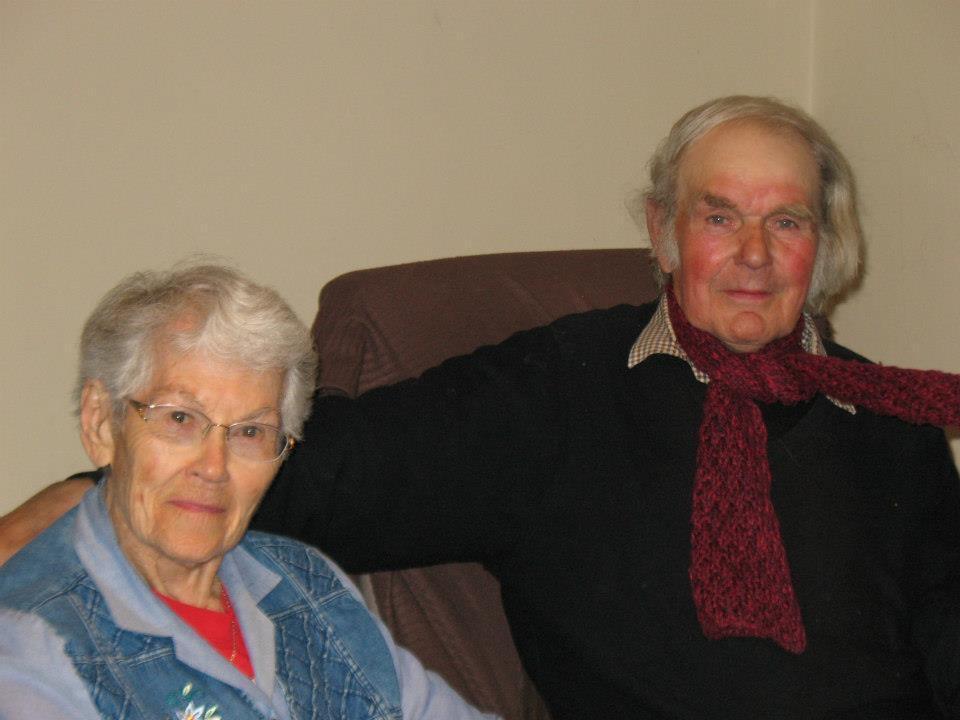 August 16, 2015
Condolences to the Warner family. I just found out today of your loss. Your mom was "everybody's mom". Such wonderful memories of her and your family especially during the Clark County Fair days. She is at peace now in heaven.

The Curtin Kids, Vancouver, Washington
August 12, 2015
Helen and my mother had a great time in Mom's last years. She was such a blessing to mom and she will be missed. She would call mom when she was ill and she and mom would laugh, deep belly laughs.
August 3, 2015
We met Helen and a lot of her children after moving to Snohomish in 2007. She was a delight, full of spirit and fun, and played a mean game of dominoes. She was truly a matriarch for her children, grandchildren, and great grandchildren. She was one of a kind and will be missed.
Glen & Marie Ronco
August 2, 2015
Aunt Helen always had a knack for making everyone feel special. As the youngest cousin, I often felt left out with all the older cousins, but my Aunt Helen always included me & engaged me when I was down. As a youngster I remember one Whitney Clan picnic that I got to go home with Aunt Helen to the farm. During the week I stayed I remember her teaching me how to bottle feed a little piglet, move irrigation pipes (which I hated, by the way) and play air hockey in the basement! She was the greatest in my eyes and will be greatly missed. I am saddened that I cannot make it back for her service. My thoughts & condolences to my cousins & their families, as well as her brother (my father) as she returns home to God and reunites with those that went before her. May she rest in peace.
Teresa O'Halloran-Nelson
July 31, 2015
Dear Warner Family, I am so saddened to hear of the loss of your mother. What a great, great person. Always so kind and caring to everyone and since first grade when the Melo's became your neighbors, your mom was always nice to me. First Mrs. Schuster, then my Mom, and now unfortunately Mrs. Warner. But I know, in my heart, those 3 are having a ball being together again. Let your heart be comforted by that... I love the Warner Family and your Mother was and will continue to be a true Angel.....
Larry Melo
July 29, 2015
Our deepest condolences to the family.
Helen was my son's Terry Godmother. She accepted my husband and I after we escaped the war in Bosnia. She was a family and friend. I know that she is a Saint who touched many of us and is still watching over us. Helen will be in our hearts, prayers, and thoughts as well as her big, beautiful family. We love you dear Helen.
Dragana and Tibor Zikov
Dragana Zikov
July 27, 2015
Helen sounds like a woman I would have been blessed to know. So very sorry for your loss of this beautiful woman! Kate's friend Cyn
July 27, 2015
Warner family, I'm very sorry for your loss, but, as others have said, Helen is now an angel in heaven ! Growing up, we had contact with the Warners as they were Dairy farmers as was my family. Helen was truly a lovely, understanding, gentle, loving soul. I have good memories of her.
Linda Messner Tague
July 27, 2015
Such a delightful pleasure to have known Helen during the year that I worked at the bank in Ridgefield. She was such a great woman and raised a wonderful family. May she rest in peace!!
Marlene Harrison
July 27, 2015
As a Class of '78 Spudder much of those high school years were spent in her kitchen at that wonderful dining table built for her big family. Such a warm, wonderful hostess. She will be missed. My thoughts and prayers go out to that delightful gang of Warner's she left behind-what an amazing heritage she has left for you all.
Shelli Mann
July 27, 2015
My dear aunt Helen, your passing brings sorrow for us and joy for you as you join the choir of angels. Your genuine spirit brought light and love to those you touched. My fond memories will stay forever. Deepest condolences to all my cousins ! Bobby
July 27, 2015
Oh Aunt Helen, what a blessing to this world you gave with your charm, generosity and and good will. You and your, ahh, abundant children helped make my memories of childhood and Christmas joyful. You are in heaven now, basking in God's presence and love. All your memories are back in full force. Now you can see your long gone son, Jerry, again. Lucky you! And lucky us for the joy of knowing you.

~ Ron O'Halloran
July 27, 2015
Dear family...Helen was one of the loveliest people I've ever met. She was always a shinny beacon in my life and I've very sure...many lives. I loved her and my love goes to each of you. She will be missed but...her job was done and she did it very well.
Joy Haasl
July 27, 2015
She was a great person,kind, and loving. One of the last conversations I had with her,she apologized for having a memory problem. Explaining she had a disease, she didn't remember me. I said that it didn't matter,just know everyone here loves you, she knew love and was comforted. Love you aunt Helen, Jamie & Jeff Martin xo
July 27, 2015
I'm so very sorry to learn of Helen's passing. What a grand person she was....to all she met! My thoughts and prayers are with the entire Warner family.....she's an angel in Heaven....
Michele Claiborne
July 27, 2015
Peggy and family, I am so sorry to hear of your mom's passing. It is so hard to say goodbye. You will be in my thoughts and prayers.
Marsha Smith
July 26, 2015
To the entire Warner family our sincere condolences. Helen truly held a great presence in your family. I have never heard a negative thought about this incredible woman. Every story I've heard or anytime we were around her she was always filled with laughter and joy around her. Even during her last years here she always had a smile on her face. I pray that as you get together to say your final goodbyes that you be filled with love and peace knowing she is dancing to a good Irish song.
Chris and Terri Stecher
July 26, 2015
She had to be a great lady to raise the kids she did. The ones I have had the pleasure to meet are cut from a mold that we only pray will be repeated. My condolences to the family.
Brian Klepp
July 26, 2015
Helen was such an important part of our families life. We will miss her. The Warner Family was so lucky to have such an amazing matriarch. So sorry for your loss, Sherry Bosch
July 26, 2015
My deepest condolence goes out to the family during this difficult time. May God provide you with the strength and comfort you need as you cope with your loss. (Psalms 9:9)
Marie
July 25, 2015
Showing 1 - 24 of 24 results