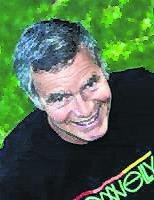 Gregory Joseph Parcher, 65, of Packwood, Washington, passed away suddenly on September 14th after an accident at his beloved mountain home.

Born in Bellingham in 1951, Parch grew up in Lynden, graduated from Washington State University, and later earned his M.A.Ed. from the University of Puget Sound.

He began a 37-year-long career in education teaching in Tacoma and later moved to school administration in Battle Ground and Beaverton School Districts. A beloved educator, he saw only potential in his students and celebrated each of their successes, no matter how small.

After his official retirement from teaching, Parch proudly became a "Professional Ski Bum." White Pass Ski Area was a source of endless joy for Parch, who loved the fresh air and freedom of the backcountry. Each day spent skiing was his self-proclaimed "Best Day Ever." He'd return to the beautiful home in Packwood he built with his wife Jannie.

Music was vital to Parch's existence, whether it was in the many songs he wrote and performed or the lullabies he sang to his daughter Kristy and, later, granddaughter Tova. He was a voracious reader and a lifelong learner, hungry to glean insight from friends and books. He took great pride in his work; whether it was a curved metal railing, a Winter Carnival snow castle, or a colorful rooftop garden for Jannie.

Parch was the youngest of three children of Donald E. and Florence "Mardel" Parcher. He was predeceased by his father Don. Parch is survived by Jan, his wife of 45 years; his daughter Kristy Parcher, her husband Erich Orth, and their daughter Tova; mother Mardel; brother Larry Parcher (Trudy); and sister Lynn Bell (Ken), and their families.

An avid skier, musician, educator, and craftsman,
and devoted husband, father, and grandfather, "Parch" will be remembered for his limitless
passion in every aspect of his life.

Please join us Saturday, October 28, 2017 at 2:00 p.m. for "Parch's Party" at White Pass Ski Area Lodge.
Please sign his Guest Book at www.columbian.com/obits.
Published by The Columbian on Oct. 8, 2017.
To plant trees in memory, please visit the Sympathy Store.
MEMORIAL EVENTS
To offer your sympathy during this difficult time, you can now have memorial trees planted in a National Forest in memory of your loved one.
MAKE A DONATION
MEMORIES & CONDOLENCES
19 Entries
Fo ever and always Parch is in my loving thoughts... my heart aches.
Carol Graybill
Family
October 2, 2019
Parch was my mentor principal at Lewisville MS when I did my internship there in 1998-99. I loved his sense of humor and ability work with teachers, students and parents even in the most trying of situations. He was truly passionate about life! I often hear his words of wisdom when I am working as an administrator to this day. Prayers for his family.
Kent Martin
Friend
February 13, 2018
Dear Parcher family my thoughts & prayers are with you. Tho I did not personally know Greg, your family, especially your Mom, Mardel, & Dad, Don, hold a most special place in my heart. They are such a beautiful part of my growing up & their influence is something I am thankful for.

Kim DeWaard Sizemore
Kim Sizemore
October 25, 2017
Greg hired me for my first teaching job, at Pleasant Valley Primary, in 1991. That year and beyond, he said and did so many things that helped me feel right at home; he was always so certain that I was doing a great job, that before long I began to believe him, and came to have a strong sense of confidence in my abilities and rapport with the kids. From day one, Greg was unfailingly supportive and encouraging. He was a wonderful principal, and I will cherish my memories of the man he was. I know that the family, too, will cherish their beautiful time with him---he was a wonderful, generous person who touched so many lives. He will be greatly missed by all of us.
Amy Campbell
October 23, 2017
Parch lived his much too short life well and our world was a better place with him in it. He was forever busy... never wasting a minute. Parch will always be missed by those fortunate enough to have know him.
Carol and Jim
October 19, 2017
I worked with Greg while he served as principal of Community School. He was an inspiration to so many students and staff. So very sorry for your loss.
Jon Bridges
October 19, 2017 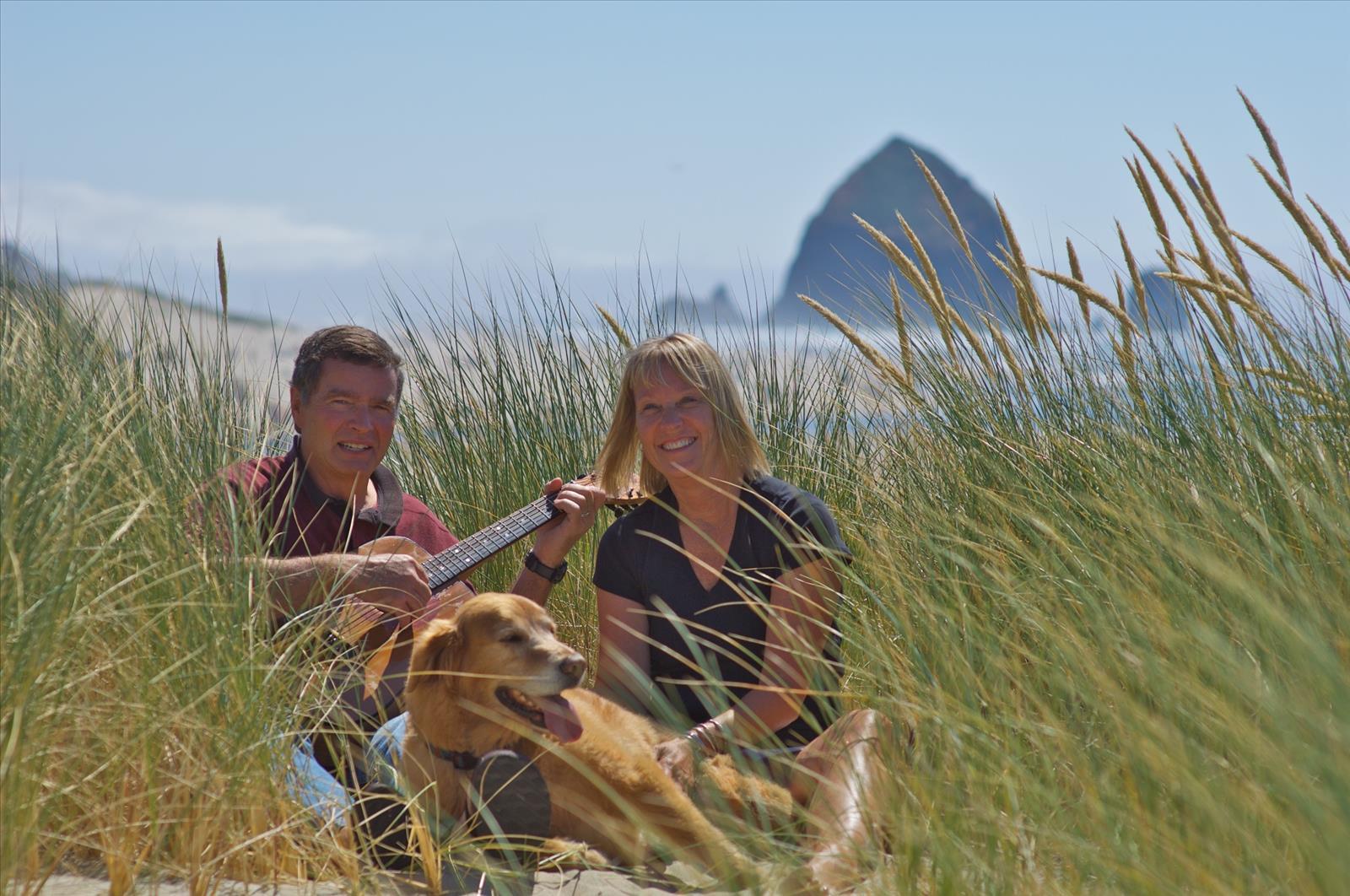 I was pretty young when my sister married Parch and didn't really get to know him, or enjoy him, till later when I moved to the Seattle area to take a job there. Jan and Parch where gracious enough to put my wife and I up for a few weeks in their Tacoma home while I road my motorcycle back and forth to Lynnwood. I think it was maybe our second night there while at the dinner table, Parch jumps up goes out to the garage and grabs his chainsaw. Returning to the dinning room with chainsaw in hand, he starts cutting holes in the wall of the dinning room! OMG and we were still at the dinner table! Well, I quickly learned thats just how Parch was. Always building something. Always improving something, whether it was a home project or a personal relationship. A Truly Amazing Human being and I have been so blessed to have had him in my life for all these years. RIP Parch and Godspeed.
John Graybill
October 18, 2017
I greatly enjoyed Greg when I was working at Pleasant Valley. I wish you happy memories.
Diana Stack Roberts
October 18, 2017
Mr. Parcher was my High School Principle and he was awesome! You will be missed!
Krystal Burnett
October 12, 2017
I will sorely miss my colleague and good principal buddy when we were both slaying dragons in the Battle Ground School District. Regardless of the challenges of being an administrator, I could always count on Greg to find the humor and bring it out for all of us to enjoy. I envied Greg's sense of adventure and free spirit that was well balanced with intelligence and empathy for others. Greg is a huge loss to this world. Prayers to his family.
Steve Lien
October 9, 2017
. Greg was my principal at PVP and he always had a smile on his face and a positive attitude. So very sorry for your loss. Our thoughts and prayers are with his family.
Rick and Suzie Wuitschick
October 9, 2017
Greg hired me as his secretary for Prairie in August of 1999. I am so thankful for the years we spent together as a team. I learned a lot from him and enjoyed all the laughs and good times we had together. He loved his family and his job! He touched so many lives in BGSD at all grade levels. Prayers to his beloved family. He will be greatly missed!
Nancy Gifford
October 9, 2017
Parch leaves a wide and deep hole in the lives of many. He is deeply missed. Jannie, Kristy, Erich and Tova: We honor and celebrate him for his dedication to his family; his creativity and hard work; love of the outdoors; and his friendships.
Tom and Kim Prentice
October 9, 2017 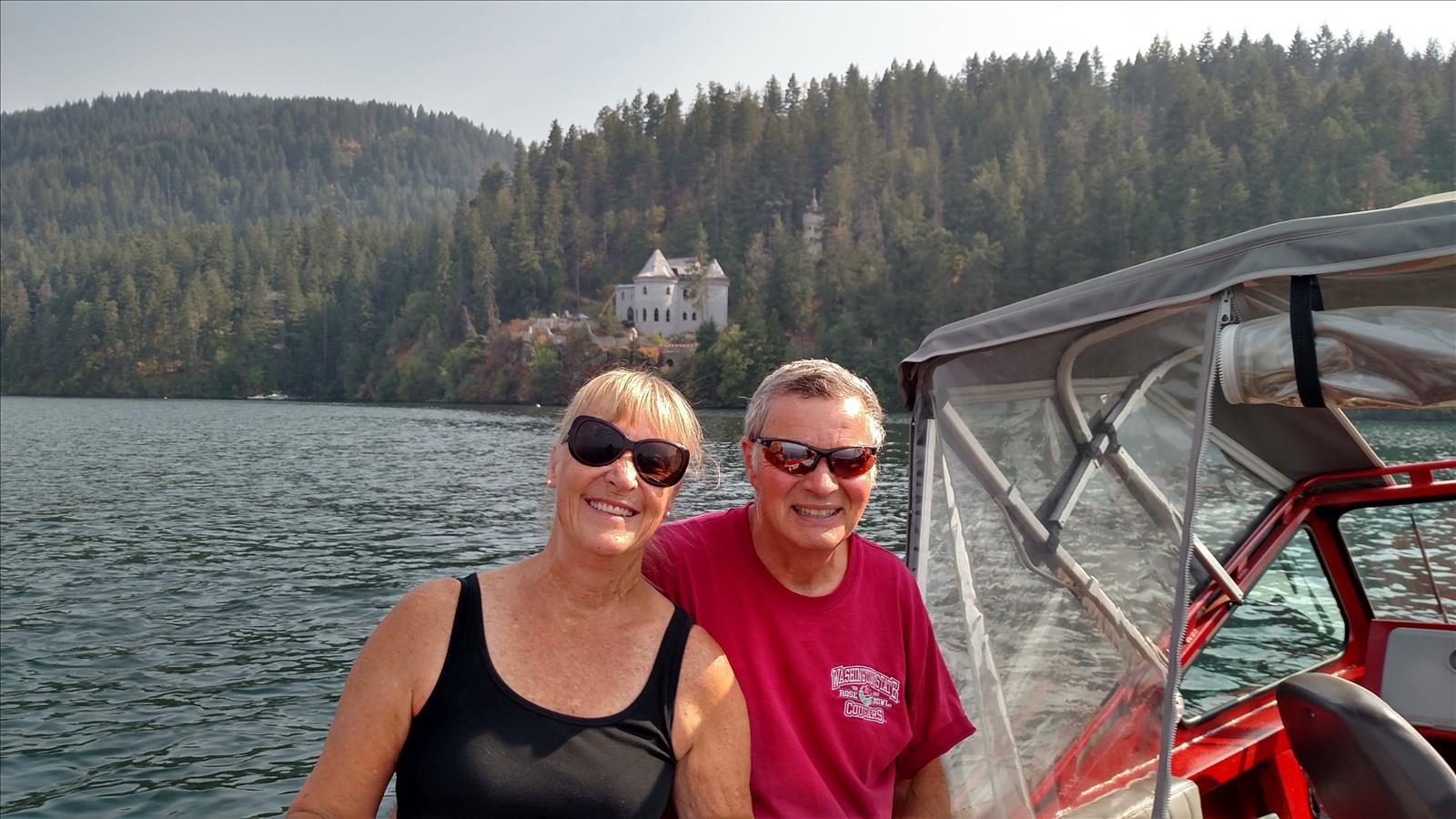 Words can't express....
But here's to a life well lived and the wonderful memories we will have of him.
Debra & Larry Ziebell
October 9, 2017
I'll always remember Mr. Parcher's many kindnesses to our family while he was at Prairie. May you all feel God's peace in this difficult time....
Sue Wiebold
October 9, 2017
May God bless you and your family in this time of sorrow.
October 9, 2017
Greg hired me in 1989. It was my first year of teaching and his first year as a principal. I have great memories of him in Battle Ground and now treasure our short, unexpected meeting last spring as he picked up Tova to attend Kristen's swearing in. He was so incredibly proud of his daughter!
Jennifer Kerr
October 8, 2017
Parcher was always smiling, always friendly, and always supportive of my prevention program when I was working in all the schools the Battle Ground School District. He had a sense of integrity that he wore well with his students, staff, and parents. You made the world a better place, Greg.
Glynda Hamilton
October 8, 2017
Parcher was absolutely my favorite principal in the Battle Ground School District where I worked with all the schools. He was always smiling, always helpful, always ready to get involved. He took the time to say "thank you for what you are doing for our students". Thank you, Greg, you made the world a better place.
Glynda Hamilton
October 8, 2017
Showing 1 - 19 of 19 results