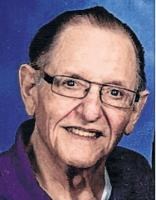 Gary Albert Lehner passed away from heart disease September 8, 2017 at his home in Ridgefield, WA. He lived in Ridgefield his entire life. He was born March 19, 1942 to Bertha Kemper and was adopted by his father Herman Lehner when Herman married his mom. Gary attended Ridgefield High School and Clark College. He was a true blue Spudder.
Gary had many occupations including selling cars, farming, driving a school bus, owning a tavern, but his main career was serving seniors and people with disabilities. Gary owned Ridgefield Care Facility which was built by his dad and eventually owned 2 other skilled nursing facilities in Longview. His profound desire to make life more comfortable for seniors with disabilities lead him to Olympia and Washington DC where he lobbied and successfully passed legislation benefiting the landscape of long term care regulations today.
Gary was a sports fanatic. He followed the Oregon State Beavers and wore orange almost every day. He faithfully followed the Mariners as baseball was his favorite, never missing a game, and shared this love with his daughter. He loved college football and spoke to anyone who would listen about scores. He coached Ridgefield Little League, Spudder basketball including a state tournament, and numerous other sports teams in Ridgefield and Woodland. He touched the lives of so many kids who fondly say he was the best coach ever because he believed coaching was less about the sport and more about positively shaping boys and girls into men and women.
Although Gary loved Ridgefield, he was fascinated with the world around him. He hosted numerous foreign exchange students through the Lions Club and other organizations and many of those students today still call him their American dad. He prepared and personally delivered Ridgefield kids to host families in Australia, took Spudder Basketball teams to Russia and traveled extensively with his wife to Korea, China, Hong Kong, Mexico, Canada and all across the US.
Gary is survived by Wendy Roland Lehner, his wife of 34 years; sons, Tim Lehner (Deborah), Mark Lehner, Rafe Lehner (Lydia), Billy Jones; daughter, Molly Lehner; grandchildren, Darby, Alex, Garrett, Josie, Addison, Emma, Chloe; and great-granddaughter, Kinleigh, all who he loved so much and gave him such great joy. Even though Gary didn't have siblings, he is also survived by Nancy Baker, Barb White, the Sharon Morris Family, Bayly Hall, Ian McKinzie, Jean Keough, Linda Eschbach, and the entire Roland family, all who he called "his people".
His life will be celebrated on Saturday, September 16th at 3:00 with a memorial at the Ridgefield Church of the Nazarene followed by the kind of party Gary so loved at Lucy's Gardens, 3302 NW Carty Road in Ridgefield immediately following.
In lieu of flowers, donations may be sent to Ridgefield Compassion 360, PO Box 118, Ridgefield, WA 98642 or Friends of Ridgefield Community Library, P.O. Box 534, Ridgefield, WA 98642 in Gary's honor as he strongly believed in charities that helped his immediate neighbors.
Please sign his guest book at: www.columbian.com/obits.
Published by The Columbian on Sep. 14, 2017.
To plant trees in memory, please visit the Sympathy Store.
MEMORIAL EVENTS
To offer your sympathy during this difficult time, you can now have memorial trees planted in a National Forest in memory of your loved one.
Funeral services provided by:
Steele Chapel at Longview Memorial Park
MAKE A DONATION
MEMORIES & CONDOLENCES
3 Entries
Doug and I send our very heartfelt condolences to all the Lehner family. It was a privilege to know Gary and I am grateful for the time working with Gary.
Most Sincerely,
Doug & Marilyn Cornett
Marilyn Cornett
September 15, 2017
I remember Gary and Wendy as newlyweds, before they had children! Such wonderful, fond memories! Gary had a life well-lived and this doesn't surprise me. My heart goes out to Wendy and is family. I know he will be very missed. Godspeed, Gary.
Reni Jansen
September 15, 2017
Wendy and family, I'm so sorry that Gary has passed. May u feel God's loving arms around you!
MINDY
September 14, 2017
Showing 1 - 3 of 3 results