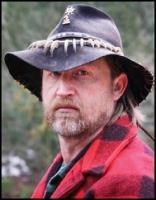 Gary was born in Bellingham, WA, to Marlene Ann Davis and Walter Thomas Bullick. As a boy of only four, he tragically lost his father to illness. For a time, his loving Davis grandparents took over rearing him and his younger brother Jay. They taught him the value of hard work and the simple joys of living. Gary loved playing with his cousins in the area and stayed close to them throughout his life. Before his teens, his first stepfather Buzz took Gary under his wing; gifting him a sister Tami and a baby brother Allen, teaching him to hunt, and showing him the joy of the great outdoors. During his teen years, Gary liked to ride bikes, hang out with his friends, and cause general trouble. At about fifteen, a little sprite of a girl threw a dirt clod from her brother’s tree house at him as he was passing by. Thus begins a 50 year love affair with his beloved wife, Lissa. They married young and had their first son Michael closely followed by first daughter Melanie. During this time, his second stepfather Chuck gave Gary a great gift, his trade as a truck driver. After two years of service in the U.S. Army, he started long hauling on the Pacific Coast. Settling into family life, Gary transitioned to local deliveries for Mutual Materials where he remained until retirement after 35 years of friendship, laughter, and hard work. In 1983 he and Lissa bought their well-loved home in Yacolt, WA. This move was followed by their first golden family dog Max and surprise baby daughter Mandy. Gary’s home was nestled in the heartland of his favorite places: Mt. St. Helens, the Yacolt Burn, and the Lewis River. There might not have been an inch of ground in these woods that Gary’s feet did not tread. If there was a mountain, he needed to get to the other side. He loved shooting, hunting, fishing, and driving curvy country roads. Gary greatly enjoyed every second he soaked up with his devoted children, spectacular grandkids, Lexy, Devon, Tyler, Houston, Blake; great-grandson, Reid; and extended family, Donald, Ryan, Marie, Jordan, Austin, Mackenzie, Kaden, Alysha, and Lily.
He is already missed, but his laughter and memories will live in our hearts always.
Please share a memory @ www.columbian.com/obits

Published by The Columbian on Nov. 14, 2021.
To plant trees in memory, please visit the Sympathy Store.
MEMORIAL EVENTS
To offer your sympathy during this difficult time, you can now have memorial trees planted in a National Forest in memory of your loved one.
MAKE A DONATION
MEMORIES & CONDOLENCES
2 Entries
Taken way too young, Gary and Richard are most definitely together climbing those mountains and hunting the Siouxon and Canyon Creek now. Many love and prayers for the family.
Cheryl Brantley
November 15, 2021
The first memory i recalled about Gary was the smoke house explosion when he was about 17 and all the salmon hanging from the trees the next morning!! He grew to be such a fine young man and the Lisa by his side all the way. My sympathies to each member of his fine family.
Arnie Allen
Friend
November 14, 2021
Showing 1 - 2 of 2 results