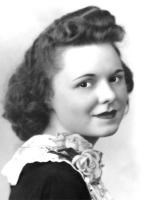 Fern LaVonne Fascendini passed peacefully on Saturday January 24, 2014. Fern was born February 19, 1924 in Meriden, Kansas as the oldest of 8 children to Ruby and Raymond Henderson. After graduating high school in 1941, Fern married Charles Gurney Jr. and celebrated the arrival of three children - Connie, Charlie, and Janet. Fern and Charles divorced and she remarried Gerald "Gerry" Fascendini on December 20, 1975 with whom she spent 24 very happy years until Jerry's death in 1999. From an early age, Fern knew she wanted to be a nurse and she achieved that goal in 1963 when she graduated from Clark College in Vancouver, Washington. Fern was presented with a "Superior Performance" reward by the Veterans Administration in 1975 for the care and dignity with which she treated her patients. She retired from the Veterans Administration Hospital in Vancouver in 1985 after over 22 years. Whether on her days off from work or after she retired, Fern was always known to be ready and available to assist her friends and family with whatever was needed from childcare to cooking and baking. Fern loved to entertain her family, especially on holidays and was known to welcome anyone in need of family on those occasions. Fern also had a love for gardening, bird watching, embroidery and sewing, and baking. Left to remember Fern are three children, Connie (Jack) Keyes, Charlie (Debbi) Gurney, and Janet; five grandchildren, James, Heather, Stephanie, Chad, and Tanya; thirteen great- grandchildren; and two great-great-grandchildren. Fern will be remembered as a bright light and true friend in many communities and families. Goodbye can be said at the graveside at 2:00 followed by service of remembrance and celebration held in Vancouver at Evergreen Memorial Gardens on Saturday, February 7, 2015 at 3:00 in the afternoon for friends and family. Fern's family would like to extend our sincerest gratitude to the staff at Milwaukie Loving Care, specifically Cindy and Kristina for their attentiveness and loving care. In lieu of flowers, memorials may be made in Fern's name to the Vancouver Audubon Society P.O. Box 1966, Vancouver, WA 98668-1966.
Please sign Fern's Guest Book at www.columbian.com/obits. 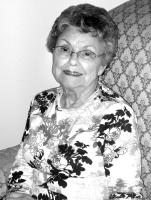 Published by The Columbian on Feb. 3, 2015.
To plant trees in memory, please visit the Sympathy Store.
MEMORIAL EVENTS
To offer your sympathy during this difficult time, you can now have memorial trees planted in a National Forest in memory of your loved one.
MAKE A DONATION
MEMORIES & CONDOLENCES
1 Entry
Dear Chuck and family. our prayers are with you in this time of sorrow.
Bob and Donna Cardon
Bob Cardon
February 5, 2015
Showing 1 - 1 of 1 results