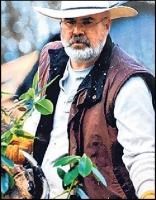 Douglas Allen Pershall passed away peacefully in the early morning hours of Friday, Sept. 24, 2021 at 69 years old. Doug was a man of God, devoted son, husband, father, and joke enthusiast. He spent his childhood in Othello, Washington where he was active in FFA, band, track and field, and enjoyed family vacations on Lake Chelan.
He earned a Bachelor’s degree from Pacific Lutheran University, a Master’s in Business Administration from Oregon State University and served in the Air National Guard. Doug loved to fly and he built his 28 year aviation career around that working as a flight instructor, pilot for KGW Skywatch Traffic, cargo pilot, and later as an airline pilot for Horizon, Republic, and Northwest Airlines.
In his time on the ground he enjoyed farm life, water skiing, weekly Bible studies, serving his church of 30 years, woodworking, fishing with friends, and watching his kids play sports of all kinds. Doug was diagnosed with Parkinson’s disease nearly 15 years ago. After retiring he continued his hobbies and farm work as long as he could and found joy in spending time with friends, walking, his Parkinson’s Pilates class, and his beloved grandchildren.
He is survived by his wife, Sue; his four children, Aaron and wife Karisa, Annie, Hannah and husband Eric, and Daniel and wife Leslie; his 6 grandchildren; his brother, Keith; his sister, Nancy; and 13 of his nieces and nephews. He was preceded in death by his parents, Ken and LaDeana Pershall.
His memorial service will be held on Saturday, Oct. 9, 2021 at 11:00 a.m. at Trinity Lutheran Church (309 W 39th St. Vancouver, WA).
In lieu of flowers please make a donation in Doug’s name to one of the three following organizations: Parkinson’s Resource of Oregon, Community Home Health and Hospice in Vancouver, WA, or Trinity Lutheran Church in Vancouver, WA.
Please share a memory @ www.columbian.com/obits

Published by The Columbian on Oct. 3, 2021.
To plant trees in memory, please visit the Sympathy Store.
MEMORIAL EVENTS
Oct
9
Memorial service
11:00a.m.
Trinity Lutheran Church
309 W 39th St., Vancouver, WA
MAKE A DONATION
MEMORIES & CONDOLENCES
3 Entries
When Doug came into the barbershop, our entire conversation was about his family. He was so happy with his life and loved his family so much! He didn't brag about himself, and it was so interesting to read about his career. I am so sorry for your loss!
Debbie, Cecil's
Other
October 8, 2021
When I read "joke enthusiast" a smile crossed my face. I will always remember Uncle Doug being ready with a new joke at every family gathering. Particularly endearing was how he was so amused by it himself and eager to make you laugh. We love you all so very much and will always remember him so dearly.
Sara Ekelund Slack
Family
October 6, 2021
Annie was my best friend in kindergarten and we visited off an on after both our families moved through high school. Doug and Sue were always very warm and welcoming. I was so sad when I heard the news that he had passed. Your family will be in my prayers. God Bless!
Hylarie
October 4, 2021
Showing 1 - 3 of 3 results