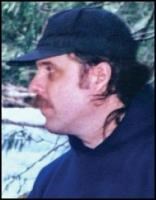 Washougal resident Douglas John McCaig passed away by his wife’s side Tuesday, Oct. 26, 2021 at the age of 59 after a long and valiant struggle with cancer. He was born May 22, 1962 in Grosse Pointe, MI. He attended Western Michigan University. After college, Douglas moved to Chicago. There he managed an apartment building, met and fell in love with his life-long partner and wife, Sheila Hutchison. Together, they fulfilled their dream of moving to the Pacific Northwest and settled in Washougal.
While working at Underwriters Laboratory, Douglas attended Oregon Tech. After graduating Douglas was hired by Siemens to install, improve, and maintain backup system for industrial buildings.
Douglas’ first house was modest and he was eventually able to design and build the house he and Sheila had always wanted. He was passionate about music of all genres as a listener and as a performer. With Sheila, he enjoyed canoeing, kayaking, and camping.
Douglas is survived by his wife, Sheila Hutchison; father, Roger McCaig; brother Scott, (Jennifer); nephews, Brian and Steven; nieces, Katherine and Sarah Jane; grand-nephews, Cisco and Cameron; mother-in-law, Linda Hart; brothers-in-law, Peter (Ann) and Bob Hutchison; sister-in-law, Heidi Hutchison.
Douglas is pre-deceased by his mother Virginia, and his older sister Gail who took care of him like a second mother.
A celebration of Doug’s life will occur at later time. In lieu of flowers, a small donation to Doug’s best friend, Thurston, his Border Collie would be appreciated.
Please share a memory @ www.columbian.com/obits