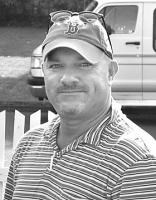 Donna Quesnell
Donna Quesnell
February 20, 2015
My deepest condolences to the family and prayers for comfort in your time of loss.
Leslie Leeberg (Spillman)
February 19, 2015
It never mattered how much time had passed since our last visit, it was always as if we'd been together everyday since the fifth grade...I'm sure it will be the same the next time we meet! I will miss you everyday until then brother.
Jeff Picard
February 19, 2015
I'll never forget your laugh.
Mark Raynor
February 19, 2015
Goodbye my long lost friend.
Todd Brooks
February 19, 2015
Dave was such a huge part of my life, once upon a time...We laughed a lot, traveled, skied and enjoyed spending time together with our families and friends. A part of my heart has moved on with Dave. I am so sorry for your loss Diane, Drew, Carol, Jerry and for all who loved Dave. You left us too soon, dude... We will never forget you.
Kris Blondin (LeMaster)
February 19, 2015
David always had an amzing smile that could light up a room! So many childhood memories of a great man that will be missed! RIP
Janelle Picard-Lee
February 19, 2015
You've always been so sweet. Great personality, great fun. So sorry to your family. Rest in peace, My friend.
carrie jackson
February 19, 2015
RIP my friend.
Ronnie Mason
February 19, 2015
David was a great friend to our family. He left this world way too soon. Thoughts and prayers to his family. RIP David.
JACK/JULIE Picard
February 19, 2015
Dave it has been 40 yrs of laughter, you have had a impact on my entire family! Thank you my friend you will be missed, RIP Dave
John Picard
February 19, 2015
David, you were always such a good friend to me through school & beyond. I will miss you at the get togethers but know a part of you will live on through us all. RIP my friend until we meet again.
February 19, 2015
I first heard about Dave as "that guy who knows everybody".
Several years later he showed extreme patience as he followed my sputtering van over the mountains on the way to Burningman. We shared some great laughs and conversation. He has left us far too soon. Condolences to his family.
Mari Stephenson
February 19, 2015
Im so sad to hear that I wiill not be seing you again. You were a great friend to me in highschool.
Kim Camacho
February 19, 2015
Dave, I your devotion to your family and friends. You are missed already but will never be forgotten. Rip
Tammie Honeycutt
February 18, 2015
I was so shocked and sad by the news of David's passing. Praying for your families comfort and peace at this heart breaking time.
Stacie Huntington
February 18, 2015
Missie Schmaltz
February 18, 2015
In loving memory of a wonderful guy who will be missed by many...My deepest sympathy to Diane, Drew, and family.
Paula
February 18, 2015
Dave, your going to be missed deeply. Didn't know you that well. But I could tell is that you were a very hard working man. My thoughts and prayer are with your family.
Beckie Mason
February 18, 2015
Losing your beloved one (David) suddenly has to be one of the most devastating experience for your family. The pain is unbearable when memories of his smiles, laughter and hugs can no longer be seen or felt. Our Heavenly Father "is close to those brokenharted and crushed in spirit" May you continue to feel comforted by the love and support of family and friends. My condolences goes out to the Burris family.
February 18, 2015
I will remember Dave as an honest hardworking man. "I am just trying to make a living" he used to say. He was always friendly and caring. He loved to laugh and be with friends. The magic of his presence will be missed. Thoughts and prayers go out to his family and friends during this difficult time.
Phil Holbrook
February 18, 2015
A truly good man taken way too soon. God has gained another Angel. You are missed my friend. RIP
Robin Turner
February 18, 2015
RIP Buddy!! Going to miss you so much. Our deepest sympathy to Diane and Drew. God Bless.
Dana Murphy
February 18, 2015
RIP Buddy!! Going to miss you so much. Our deepest sympathy to Diane and Drew. God Bless.
Dana Murphy
February 18, 2015
You are missed Dave and I will miss our talks. My condolences to your family.
Sandy Pulsipher
February 18, 2015
R.I.P my friend / neighbor. Thank you for the laughs Dave!
Kelly Young
February 18, 2015
Showing 1 - 35 of 35 results