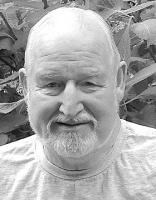 Daniel Kent Fellows, 81, passed away Jan. 8, 2015 peacefully in his home in Vancouver, WA. "Boonie" was born March 17, 1933 in State College, PA to Robert and E. Marie (Hunter) Fellows.
Daniel graduated from State College High School in 1951, and attended Penn State University in State College, PA. He was always an avid Penn State supporter, and never missed watching a Nittany Lions football game.
Dan also served in the U.S. Army in the occupation forces in Germany in 1954-1956 at Coleman Kaserne, in Gelnhausen.
Dan married the love of his life, Winona "Noni" Ellen Kersteter in State College, PA on Sept. 9, 1956. They headed out West to Idaho in the early 1960's where Dan joined the growing lumber industry with Boise Cascade Corporation, ultimately managing various lumber yards from Southern Idaho to SW Washington. He finished his career in Beaverton, OR at BMC West, and retired in 1997.
Dan was definitely a master in the art of woodworking, and truly enjoyed remodeling his home and building wonderful things for his kids and grandkids. He also loved playing cribbage with Noni dailyâ€¦and he continued playing with his children and grandchildren. Dan delighted in taking extended camping road trips with his family and instilled this desire in his sons. Many, many family camping trips spanning over 45 years were spent at Cape Lookout State Park in Tillamook, OR. Cape Lookout became a home away from home for Dan and Noni and their RV, and was their very special place.
His greatest enjoyment came from spending time
with his family and watching his boys
grow up and raise their own families.
Dan will be dearly missed by all who knew him.
Dan is survived by his children: Michael Fellows of Vancouver, WA, Mark (Jennifer Cassella) Fellows of Odell, OR, Kent (Ellisa) Fellows of Parkdale, OR; three beloved grandchildren: Katherine, Jason, and Coeur; his brother, Robin (Lois) Fellows of Caledonia, MI; and a dear cousin, David (June) Fellows of Carmel Valley, CA.
He was preceded in death by his parents; and his wife, Winona.
As per his request, there will be no formal services. Friends and family are invited to an open house at Dan's home, Sun., Jan. 25th, from 1:00 - 4:00 p.m.
In lieu of flowers, the family asks for memorial contributions to be sent in Dan's name to Cape Lookout State Park at 13000 Whiskey Creek Rd. W, Tillamook, OR 97141, where a project will be completed in Dan and Noni's honor.
Please sign his guest book at: www.columbian.com/obits.

Published by The Columbian on Jan. 18, 2015.
To plant trees in memory, please visit the Sympathy Store.
MEMORIAL EVENTS
To offer your sympathy during this difficult time, you can now have memorial trees planted in a National Forest in memory of your loved one.
Funeral services provided by:
Davies Cremation
MAKE A DONATION
MEMORIES & CONDOLENCES
4 Entries
Mr. and Mrs. Fellows were favorite customers of mine at the Andresen Safeway, for many years. I have so many good memories of them, and their stories about their family, camping, etc. What great people they were.
January 20, 2015
My thoughts and prayers for the family. He was a kind man. I remember him from my fathers dental office. Prayers being sent to you!
Peggyyyyy Bender Walker
January 20, 2015
Please accept my sincerest condolences on the passing of your dear loved one. May you find comfort at 2 Thesalonians 2:16,17
January 19, 2015 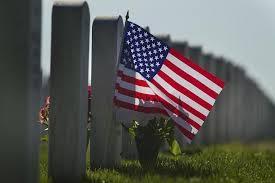