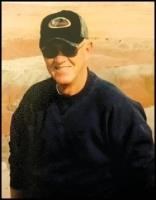 Dale Harrington was born in Scarborough, ME and passed away Oct. 30, 2021 in Vancouver, WA at the age of 75. He is survived by his loving wife, Jan; and daughters, Shannon Murphy (Jeramy) and Dana Harrington; and grandchildren, Skyler Harrington, Gianna Harrington, Devin Dittbrenner, Haylee Murphy and Chloie Murphy.

Anyone who spent time with Dale knows he observed before he spoke, planned before he started anything, and finished what he started. He was quiet, serious, and could fix or build almost anything. He was a standout football player in Gresham, but graduated from high school in Redding, CA as the family followed his father’s work, building dams and lumber mills up and down the West Coast. After two years in Engineering at Portland State, Dale joined the Air Force, saw combat in Vietnam as a Forward Air Controller, and returned as a Sargeant to complete his service at the Condon Radar Base.

After living in Portland, Dale moved his family to Stevenson, WA in 1990. He worked for 10 years at FMC on Swan Island, and then over 20 years at Sundial, the marine construction and repair division of Tidewater. Dale was busy on the “slab”, as his crews built Navy barges and repaired many of the boats that still ride the Columbia and the Pacific. He was humble about his accomplishments, was known as a fair and effective foreman, and everybody knew what it meant if Dale took you for a walk. His buddies know what that means.

Dale has always enjoyed speed. He designed and built 4 sand dragsters (think 1000 pounds, 1200 hp) and drag raced his highly modified green 1951 MGTD. Dale had always wanted to fly, and the closest he got was riding his Kawasaki ZZR 1200 - sometimes pretty fast. He was also a longtime hunter, and spent many seasons with his dad, hunting deer and elk in NE Oregon. Given a choice, Dale preferred the quiet and freedom of the outdoors, and spent as much time as possible in the woods.

We appreciate the compassionate care Dale received at The Hampton, and from PeaceHealth Hospice nurse, Ginny. We are devastated to lose Dale. He fought a losing battle with dementia, but he leaves a legacy of fairness, love, dry humor, and loyal friends like Bryan Kremer. We are respecting his wishes for no service. He would want us to enjoy a long, quiet day out in the woods. Please do that, and remember a very special man.
Please share a memory @ www.columbian.com/obits

Published by The Columbian on Nov. 21, 2021.
To plant trees in memory, please visit the Sympathy Store.
MEMORIAL EVENTS
To offer your sympathy during this difficult time, you can now have memorial trees planted in a National Forest in memory of your loved one.
MAKE A DONATION
MEMORIES & CONDOLENCES
0 Entries
Be the first to post a memory or condolences.