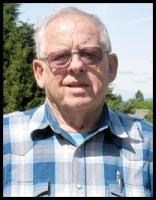 Conrad passed away in his home Dec. 1, 2019, after a long battle with cancer surrounded by family. He was born and raised in Munich, Germany, to parents, Konrad and Elizabeth, along with his siblings, Luzi and Helmut.
In 1952, Conrad immigrated to the US in the Los Angeles, CA, area where he worked as a mechanic for a Citroen dealership. Soon after, Conrad joined the US Army National Guard.
In 1963, Conrad met and fell in love with Fanny Frey and they married. Soon thereafter they moved to rural Vancouver, WA, and raised three children, Susie, Konrad Jr. and Joseph.
Conrad loved to fish, hunt, boat and garden. He was employed as a mechanic for Ron’s Automotive in Vancouver until he retired. He was a member and commodore for the Vancouver Yacht Club.
Conrad was also an active member of the community and served as a fire commissioner for Vancouver Fire Department for 23 years and also in his younger days volunteered as a reserve deputy for Clark County Sheriff’s Department.
Conrad is survived by his wife, children and seven grandchildren.
The family wishes to thank all of his hospice caregivers for their loving and professional attention to his needs.
A memorial is planned for 2 p.m. Sunday, Dec. 15, at Peace Evangelical Lutheran Church in Vancouver.
Please sign his guest book @ www.columbian.com/obits
Published by The Columbian on Dec. 8, 2019.
To plant trees in memory, please visit our Sympathy Store.
MEMORIAL EVENTS
Dec
15
Memorial service
2:00p.m.
Peace Evangelical Lutheran Church
Vancouver, WA
MAKE A DONATION
MEMORIES & CONDOLENCES
4 Entries
Sorry for your loss. Conrad was a great guy. I was a volunteer firefighter with him years ago.
Rod Morton
December 15, 2019
Conrad was a good friend, an excellent Fire Commissioner and most of all a good human being.
Pat Humphries
December 13, 2019
Thinking and praying for you,Fanny, and your family. Joan Moore
December 9, 2019
Fanny and children, it is with sadness that I learned of the passing of Conrad. Evan though it has been years since we visited. I met Conrad when he became a Volunteer Firefighter at Fire Dist. #4. He quickly gained an insight to the workings of the Fire Department and got elected to Fire Commissioner. We became friends, went fishing and hunting together, our families visited often. In the end we are left with memories and I have many from the stories Conrad shared with me.
Gustav Meggs
December 9, 2019
Showing 1 - 4 of 4 results