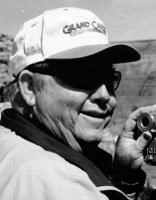 Chris Russell Swindell, age 73, died on Thursday, December 10, 2015, at his home in Ridgefield, WA, surrounded by his immediate family members. He was born on December 29, 1941 in Vancouver, WA and raised by his mother, Mildred Pearl (Wilcox/Swindell) Dungan and Raymond ("Red") Albert Swindell, relocating up and down the Columbia River basin many times as his adoptive father, Red Swindell, worked in the dam construction industry during the 1940's and early 1950's. After Red passed away, Mildred settled in Vancouver, WA. Chris attended Ridgefield High School and in 1959, met the love of his life, Mary ("Diane") Krebser (who he later married in 1962), settled in Ridgefield, where he operated his own cabinet making and general contracting business for over 40 years, raised his own family, and became entrenched in service to his community.
Chris served as Ridgefield Little League's President for several years, coached many Little League baseball teams, was a long-time District 12 volunteer firefighter, and served as a member of the Ridgefield School Board for 21 years.
He worked tirelessly throughout his lifetime
to improve the community in which he lived,
particularly the Ridgefield School District.
Chris is survived by his wife of 53 years, Diane; brother, Al (wife Iris) Swindell of Woodland, WA; two sisters, Ardy (husband Roger) Woolley of Snohomish, WA and Cheryl ("Daisy") Dungan of Darrington, WA; three sons, Edward Swindell of Vancouver, WA, Scott (wife Lisa) Swindell of Brush Prairie, WA and Matthew (wife Leslie) Swindell of Ridgefield, WA; ten grandchildren: (from Scott) Stephanie, Megan and Emily; (from Matthew) Ashley, Andrew, Asher and Allison; (from Edward) Tyler, Lily and Violet; and three great-grandchildren; (from Ashley) Jaxson, Raiden and Jayda.
With the holidays approaching, a graveside, family members only, ceremony was held last Saturday, at the St. Mary of Guadalupe Parish in Ridgefield, WA. After the holiday season, the family will hold a Celebration of Life event at Ridgefield High School on Saturday, January 9, 2016 at 2:00 p.m. (food and drink will be served).
The family asks that, in lieu of flowers, if anyone would like to commemorate Chris's life, you please make donations to the Ridgefield Public Schools Foundation, something for the kids, just the way Chris would have wanted it.
Please sign his guest book at: www.columbian.com/obits. 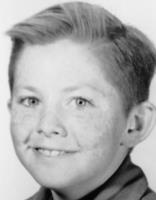 Published by The Columbian on Jan. 3, 2016.
To plant trees in memory, please visit the Sympathy Store.
MEMORIAL EVENTS
To offer your sympathy during this difficult time, you can now have memorial trees planted in a National Forest in memory of your loved one.
Funeral services provided by:
Layne's Battle Ground Funeral Home
MAKE A DONATION
MEMORIES & CONDOLENCES
6 Entries
God Bless Chris, Diane, and your family. Chris built the cabinets for our first house. Wonderful man to work with and always smiled and made me feel welcome whenever I saw him. Thank you for all you did for our Ridgefield community!
Angela McKee
January 8, 2016
Thinking of Chris Swindell makes me smile. I always respected his passion for supporting the needs and interests of Ridgefield students, including his own three sons. I am also beholding to his support of my long career in education. He was among Ridgefield S.D. Board of Directors who approved my hire in the district "back in the day." For this, I will always be grateful to the man.
Maggie (Habecker) Bates
January 8, 2016
Have a safe journey my friend and I will visit with you on the other side. Your good deeds will certainly be missed in Ridgefield and so will your great smile. Both were of great value to all that knew you.
Sharry Frasier
January 7, 2016
cheri Allison
January 4, 2016
Chris was by far the most influential man in my life. I'm glad I had an opportunity to sincerely thank him before he passed, for the skills he effortlessly passed onto to me. This man always had my back, even in my darkest times. I will always be grateful for his generosity. Gunna miss you "Boss Man"... Thank you for allowing me to be family.
Todd Eklund
January 4, 2016
Chris was a great man. I did a lot of business with Chris. Standard Building material.
Bill Smith
January 3, 2016
Showing 1 - 6 of 6 results