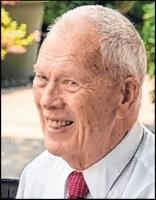 Raymond (Ray) Johnson, 93, Vancouver, WA, was called to heaven Nov. 8, 2021. Ray was born in Gillette, WY, Jul. 5, 1928, and residing at Highgate Senior Living at the time of his passing. He was married to Harriet Johnson for over 65 years before her passing last year. After moving from Wyoming to Vancouver, Ray began working for the Oregonian Newspaper where he worked until retirement. Ray was actively involved with the First United Methodist Church where he was a member for over 65 years. He was passionate about supporting Ocean Park and Wallowa Lake Church Camps, Babies in Need and Habitat for Humanity. Ray received several awards and recognitions for his dedication to Habitat for Humanity. Ray found great joy in helping others, traveling and spending time with his grandchildren.
Ray was preceded in death by his wife, Harriet Johnson; son, Bruce; and daughter-in-law, Maija. He is survived by daughters, Becky Pickett (Phil), Karen Miceli (Tom), Dianna Hardee (Rick); and granchildren, Andrew Johnson, Anthony Miceli, Brianna Miceli. He was well know as “Papa Ray” to many.
In lieu of flowers, memorial contributions can be made to support the latest Habitat for Humanity project named the Johnson Village (in honor of Ray and Harriet Johnson) and in particular, a planned home called ‘the Johnson House’ to continue the legacy of Ray and his generous spirit. Please make checks out to First United Methodist Church noting the Johnson House at the address below.
Memorial Services are planned for Saturday, Nov. 20 at 1 p.m. at First United Methodist Church: 401 E 33rd St, Vancouver, WA 98663.
Please share a memory @ www.columbian.com/obits

Published by The Columbian on Nov. 16, 2021.
To plant trees in memory, please visit the Sympathy Store.
MEMORIAL EVENTS
Nov
20
Memorial service
1:00p.m.
First United Methodist Church
401 E 33rd St, Vancouver, WA
MAKE A DONATION
Please consider a donation as requested by the family.
MEMORIES & CONDOLENCES
6 Entries
He was loved by so many at Highgate. him and Harriet were family and will always be and he will always be my Ray of sunshine, he always had a smile on his face every time he came in to dining and always asked for a cup a coffee. Every time I think of him I will always have a smile on my face. R.I.P My Ray of sunshine.
Michele
Work
November 19, 2021
Our dad, Jerry Hutchins, and Ray had so many adventures together! Hauling pews on a long drive south after Hurricane Katrina and numerous Ocean Park work parties are only a few. Ray always had a smile and a hearty laugh when we saw him at church while visiting with my folks. I'm sure there is a remodel project awaiting him on the other side!
Laura Peasley
November 18, 2021
I will always remember how kind Ray was when he called me to say I was receiving a seminary scholarship from the Vancouver Methodist Foundation. That scholarship was a tremendous help in completing my studies and going on to ordination. I will never forget the kindness and support of Ray and the Foundation. I know he made a difference in so many lives.
Rev. Pamela Brokaw
November 18, 2021
Years ago I knew Ray at the United Methodist church.What an unpretentious humble servant with that big smile and welcome for everyone who met him.A model for a life well lived! Condolences to family and all those who loved Ray and Harriet.
Michael Eddington
November 18, 2021 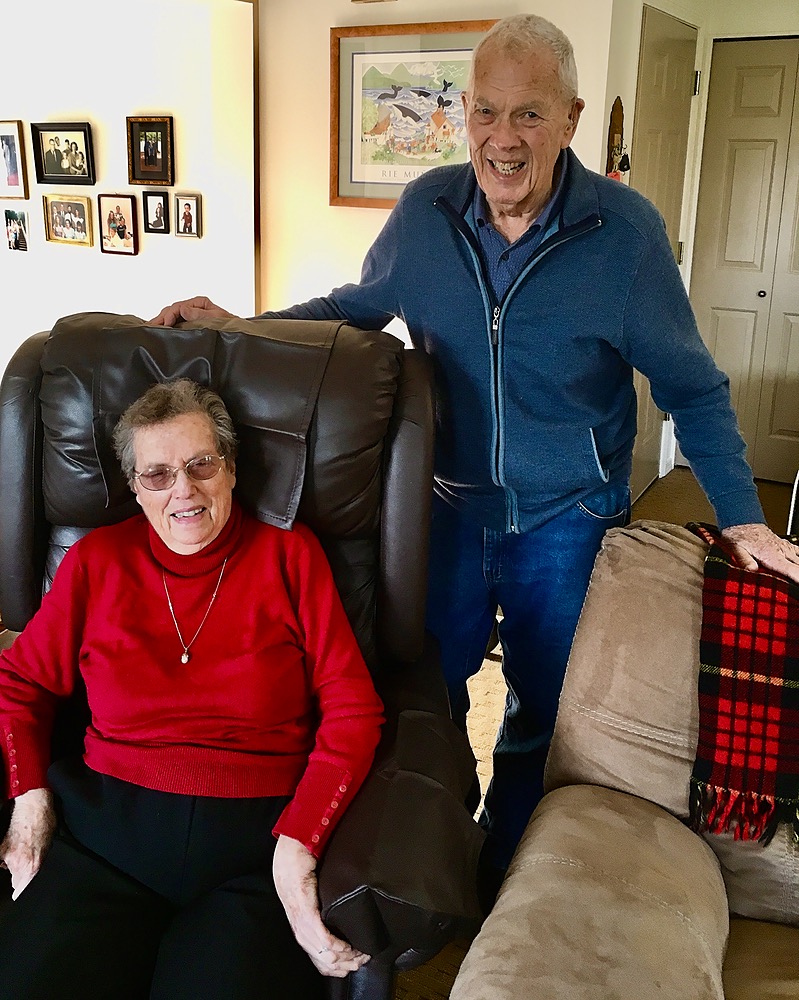 So sorry to hear of Rae`s passing. Ray & Harriet what a loving and faithful couple! When I lost my parents I joked that I was going to adopt them as my second parents. Only in the last 10 years or so I learned of their commitment and charitable support for Habitat For Humanity. What a fantastic cause to support. They often came out for my charity benefit concerts. It was great to see them there. As the days get colder I´m going to remember their son Bruce; many mornings walking together to Shumway. "Have I not commanded you? Be strong and courageous. Do not be afraid; do not be discouraged, for the Lord your God will be with you wherever you go." Joshua 1:9
Jim Fischer and Marcia Maynard
Friend
November 17, 2021
I will forever remember Ray and Harriet´s smiles when I had an opportunity to chat with them at Evergreen Habitat for Humanity events. Their faith and dedication were truly blessings. They´ll be missed.
Brenda Tiefenthaler
November 16, 2021
Showing 1 - 6 of 6 results