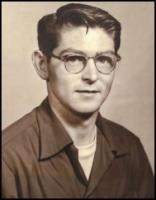 On Dec. 18, 2021, Lloyd Charles “Chuck” Hughey went to meet Jesus. He had been longing for the day for a long time! Chuck was born in Sifton, WA, on April 23rd, 1929, to Lloyd and Mildred Hughey. He grew up with siblings Bob, John, and Donna, and the family has heard many tales of their exploits!
He served for 30 days in the Navy, but was medically discharged due to poor eyesight. He met Wanda Hazel White on a blind date, but her parents thought they met at church the next day. They married on Sept. 7, 1951.
Chuck worked at Nabisco and at one point they lived in the “chicken house” on his parents’ property. They later settled in Camas, WA, where Chuck worked at the paper mill. Early on in their married life, Chuck and Wanda accepted Jesus into their hearts, and Chuck received a call to preach. He completed a correspondence course and became an ordained minister, and he pastored in various churches in Washington, Oregon, and Alaska. Chuck was a hardworking man, and he was well liked and respected by everyone who knew him. He always had a joke or something funny to say, even in his sermons! He loved to go hunting, read about the civil war, and go camping on the Oregon coast.
Later in life he could often be found with a Starbucks Frappuccino in his hand, and every Starbucks barista knew his name! He left a legacy of love and faith, and he will be missed by his family and friends.
Chuck was preceded in death by his wife, Wanda; his brother, Bob Hughey; and his sister, Donna (Hughey) Cerami. He is survived by his brother, John Hughey; daughters, Gretchen Vickery (Len), Pam Stump (Mike), and Patti Corbett (Tim); and son, Chris Hughey (Tara); as well as 8 grandchildren, and 7.5 great-grandchildren. Services will be held at Hillcrest Nazarene Church in Vancouver, WA, on Saturday, Jan. 29, at 1 p.m.
Please share a memory @ www.columbian.com/obits 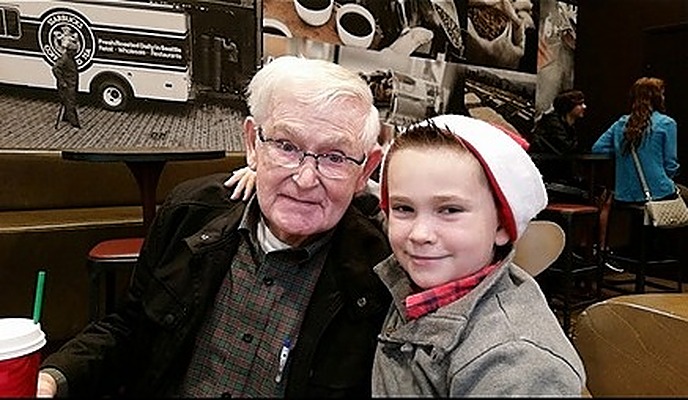 Ryker had a one of a kind relationship with his grandpa.
Tara Hughey
Family
January 4, 2022
Showing 1 - 1 of 1 results