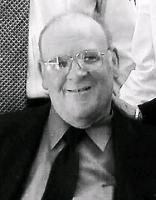 Charles "Chuck" K. Bergstrom, 65, passed away on Nov. 19, 2015 at his home in Vancouver, WA. He was born May 9, 1950 to Ken and Gloria Bergstrom and raised in Vancouver, graduating from Hudson's Bay High School.
Chuck attended the University of Montana before joining his family's business, Brookside Concrete. When the family sold Brookside in 1984, Chuck and his brother Eric, opened and then operated Magic Masonry in Vancouver for over 20 years.
He was a lifelong Oregon Ducks fan and had many friends in the Vancouver area.
Chuck is survived by his sister, Linda (Roger) Hunt of Bellingham, WA; and his nephew, Joseph Hunt of Portland, OR.
He was preceded in death by his parents and a brother.
A memorial for friends and family will be held at Evergreen Memorial Gardens on Sat., Dec. 5th at 3:00p.m.
In lieu of flowers, please send donations to the American Diabetes Association.
Please sign his guest book at: www.columbian.com/obits.

Published by The Columbian on Nov. 29, 2015.
To plant trees in memory, please visit the Sympathy Store.
MEMORIAL EVENTS
To offer your sympathy during this difficult time, you can now have memorial trees planted in a National Forest in memory of your loved one.
Funeral services provided by:
Evergreen Memorial Gardens Funeral Chapel
MAKE A DONATION
MEMORIES & CONDOLENCES
14 Entries
None of us have forgotten our youth,the neighborhood or the people from it. My sympathy to Chuck's family.
Mark Carey Rees
Mark Carey Rees
December 13, 2015
I met Chuck at Hudson's Bay High School in Mr. Bonnell's Spanish class. Chuck's knowledge of sports amazed me. He knew every single detail about every single player and team from high school, to college and all the pro levels. Chuck and I camped out, fished, drank and talked story. Chuck's never give up attitude always inspires me. Chuck never judged was always supportive and was a very good friend. I'll never forget the Xmas Eve Chuck surprised me and called from Waikiki. I will miss Chuck Bergstrom.
James Lindblad
December 5, 2015
Linda, my memories of Chuck at HBHS was someone who was just trying to find his place in life. He certainly did that even though there were many rough roads getting to that right place. He was and still remains a great friend. He would catch me up on the latest news every reunion attended and might have "bent" the truth a bit on occasion; but never "broke" it. That award winning smile and chuckle... will always be missed. God bless, Chuck, and find him that right place now that he's in Your care! Amen!
Dennis Almer
December 3, 2015
In our childhood in the neighborhood, Chuck had the unenviable role as the 'little kid" in our group and thus sometimes suffered for it. To his credit, he usually took it with cheerfulness and optimism. I am happy to hear how he grew into a dear brother and friend. I am sorry I didn't get to renew our friendship.
George Vaughan
December 2, 2015
The first guy I actually knew who owned a Corvette! Chuck was one who was ready for anything and often was the hit of the party. We crossed paths in Vancouver over the years after Bay and seeing him was always a great reunion. He will always be a part of my "high school memories".
Brett Hockley
December 1, 2015
Chuck was always 'game' for every program we could cook up in South Cliff, Harney, Mac Hi, and Bay. He had a wonderful kindness born of goodwill and respect that he always seemed to exhibit. Great person from a great family. Working next to him at Brookside in the early 60's have given me many fond memories of Chuck.
Rest in Peace. Jim Holland
December 1, 2015
Chuck will be missed. We had a lot of great times growing up. He was a sports nut and always fun to be around. I wish we had more time to hang out.
David Buel
November 30, 2015
I was saddened to read of Chuck's passing.Although almost 50 years have passed since we were next door neighbors I have found memories of growing up with Chuck, Eric and Linda on Manzanita Way. Jeff Weinstein
November 30, 2015
Chucky Rest in Peace We all really loved you
Corky Angelo
November 30, 2015
Chuck, sorry I lost contact with you. I enjoyed you Rest in peace
Ernie Reiberg
November 30, 2015
Chuck was always a special friend to the Prill family. He and his brother Eric provided many good memories that we will continue to cherish. Chuck always had a unique sense of humor that he used to brighten everyone's mood. He was a dedicated son and brother who never forgot to honor his family and friends. We send our deepest condolences for his loss.
Dale & Sue Prill
November 30, 2015
I am so sorry to hear of the passing of a fellow high school classmate. May God comfort his relatives.
Carol Brake
November 29, 2015
I am so sorry to read of the passing of another friend and classmate. Rest in peace Chuck, you will be missed.
Mike Eddy
November 29, 2015
Linda, I am so sorry for the loss of your brother, Chuck. We had a nice chat at the HB class reunion a few years ago. He seemed happy and was having a good time catching up with old friends and acquaintances My thoughts are with you and your family.
Sincerely,
Jan (Oliver) Bruce
November 29, 2015
Showing 1 - 14 of 14 results