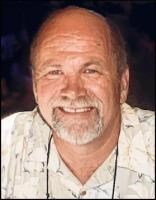 Bill Nikkila passed away Sept. 21, 2021 he was surrounded by all his loved ones. Bill was a local boy, born Oct. 4, 1947 and raised in Vancouver, WA. His parents were Alvin and Ruth Nikkila. He graduated from Hudson’s Bay High School in 1965, and continued his college life at Central Washington University. When he was growing up he worked at Waddles, later Marine Iron works, Payless Drugs in Hazel Dell, and then he found his perfect job at Gilbert & Seibel in Hazel Dell. He became General manager and loved meeting customers, working with the staff and establishing close friends for life. He also built homes and apartments in the Vancouver area.
Bill is survived by his wife of 52 years, Diane Nikkila. They met in High School and got married in 1969, they had two wonderful sons, Jeff and Mark. Their sons and three grandchildren brought so much pleasure and joy to his life, and he was their biggest supporter. Bill loved spending time with Diane and the family, going to the beach and walking in the sand with their three dogs, trips, fishing, hunting etc. Bill was active in the Hazel Dell business association and helped with the Hazel Dell Parade. He was committed to his family to the end. People would describe Bill as loyal, big hearted, funny, had the biggest smile, laughter, he could light up the whole room. He was unforgettable, his family loved and adored him.
Bill is survived by his two sons, Jeff Nikkila and his partner Shellie Lyden, Mark Nikkila and his wife Katee Nikkila; and three grandchildren, Mya Nikkila, Cole Nikkila, and Alek Nikkila; his brother, Rick Nikkila and his wife Linda Nikkila. Beloved uncle to nephews and nieces, Jamie Nikkila, Ryan Nikkila, Rikki Adams, Jessica Mcallister, Amy Gilbert/Strickland, Cody Gilbert. His brother-in-law, John Gilbert and his wife Deede.
A memorial service will be held for Bill at 12:30 a.m. Thursday, Sept. 30, 2021 at Evergreen Memorial Gardens. 1101 NE 112th Ave., Vancouver, WA.
Please share a memory @ www.columbian.com/obits

Published by The Columbian on Sep. 29, 2021.
To plant trees in memory, please visit the Sympathy Store.
MEMORIAL EVENTS
Sep
30
Memorial service
12:30p.m.
Evergreen Memorial Gardens Funeral Chapel
1101 NE 112th Avenue, Vancouver, WA
Funeral services provided by:
Evergreen Memorial Gardens Funeral Chapel
MAKE A DONATION
MEMORIES & CONDOLENCES
10 Entries
I went to high school with Bill. After that I only saw him at reunions but I always looked forward to chatting with him. He was irrepressibly optimistic and always left you with a smile on your face. Maybe if we had more Bill Nikkilas we would not be in such dark times. Thanks for leaving the world a better place.
Richard Osborn
School
October 23, 2021
I grew up in the same neighborhood as Billy and Ricky. We always seemed to have a good time fishing in Burnt Bridge Creek or snow sledding from the top of the hill at Leverich Park. Billy was a lot of fun!! Condolences to his family.
Ron Matheson
October 10, 2021
A really good person who is leaving a darn good legacy. Big smile, generous laugh, all-around great guy. Doesn´t get much better than Bill Nikkila. Condolences to: Diane, Jeff and Kellie, Mark and Katee, Rick and Linda, John and Deede, grandkids Mya Cole Alek, extended family, best of friends and loyal co-workers.
Kenny and Danny
Friend
October 2, 2021
I´ve know Bill since Kindergarten. We kept our friendship for 68 years. I will miss his huge grin and his loud infectious laugh. I always loved the way he called Diane, Queenie with Affection. He will be missed by all who met him. Prayers and hugs to Diane, Mark and Jeff.
Diane Pillette Huss
Friend
October 1, 2021
My heart goes out to the Nikkila Family! Bill was an amazing person and I feel privileged to have had the pleasure to meet him and his family. Thoughts & prayers
Andrea Halverson
September 30, 2021
We are so sorry to hear about Nicks passing. He was a wonderful person to work for in the automobile business. Diane and family, you are in our thoughts and prayers!
Paul &Sherry Christensen
Work
September 30, 2021
May your hearts soon be filled with wonderful memories of joyful times together as you celebrate a life well lived. So sorry for your loss Diane.
Rich & Sandy Diamond
Work
September 30, 2021
My deepest sympathy Diane and family. A sweet guy, gone too soon.
Dominic Salvato
September 30, 2021
It is with a sad and heavy heart that we hear of "Nick's" passing. I worked with Nick for 20 years. He was so fun and made work fun. He wasn't afraid to jump right in next to the employees and get his hands dirty. I am sending heartfelt sympathy to his family for such a tragic loss. We loved him and will miss him.
Donna Ottman & Dennis Brown
September 29, 2021
We live in the Northwest Neighborhood. On our many walks we would run into Bill & Diane. They both were full of fun, big smiles & treated us as long lost friends. Rest in peace Bill. Sending our condolences to Diane & the family.
Laurie & John Kusch
Friend
September 29, 2021
Showing 1 - 10 of 10 results