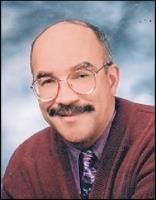 Barry lived in Vancouver, WA, and passed peacefully Wednesday, Sept. 8, 2021.
Born Oct. 30, 1942 in Brooklyn, New York City, NY, Barry graduated from Andrew Jackson High School with honors. He enlisted in the Air Force Sept. 3, 1963 and was discharged June 27, 1968 with the rank of Sargent. Barry was stationed at LackLand and Kelly Air Force bases in Texas, Fort Benning in Georgia (Airborne Training), where his training was put to use supporting the Airborne divisions. He was a proud Vietnam Veteran. He discharged from Shaw Air Force Base in South Carolina.
Barry started acting in High School and Community Theatre and played a variety of roles. He performed his first musical in 1966 as Riff the leader of the Jetts in West Side Story. He was in several productions including Shakespeare. Barry was a tap dancer and performed with Little Theatre Productions in New York. Barry was a Baritone with the USAF 3408th Kessler Male Choir with many accomplished performances. Barry loved music, he had an extensive collection of albums all venues, and musical instruments.
Barry worked at Qwest as a Telephone Technician and retired after 38 years in 2008. He was a member of Communications Workers of America Local 7812 union and served as the Secretary-Treasurer. He published the Local’s Newsletter for many years.
Special interests for Barry were his miniature Schnauzer dogs, his birds and all animals. Spiders and flies were carefully caught and placed outdoors. Being an avid reader, he enjoyed stories about dogs and mystery novels. For many years Barry enjoyed his yard, garden and playing computer games. Barry joined the US Coast Guard Auxiliary, volunteering his time.
Remembering Barry will include memories of his generosity and his kind heart, volunteering in many ways to help others and maintaining special friendships.
Graveside Memorial Service will be held Sept. 18, 2021 at 2:00 p.m. at Evergreen Memorial Gardens, 1101 NE 112th Ave., Vancouver, WA 98684, Arlington West.
Please share a memory @ www.columbian.com/obits